The madness of mass incarceration 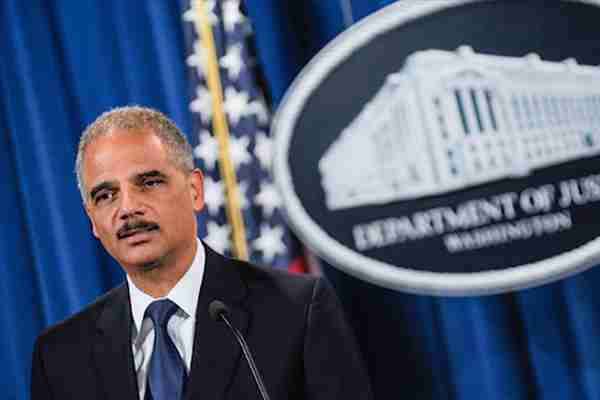 A welcome pattern has been developing with regard to sentences against nonviolent drug offenders, with President Barack Obama and U.S. Attorney General Eric Holder leading the reform movement.

First came a decision to abolish the racist practice of imposing harsher punishment on those convicted of possessing crack cocaine and those caught with powder cocaine.

Mr. Holder also directed federal prosecutors not to seek mandatory minimum sentences for nonviolent drug offenders. He also urged early release for such offenders who have served at least 10 years of their sentences. The U.S. Sentencing Commission, which recommends what sentences should be, agreed with the attorney general on early release, which would affect about 20,000 prisoners.

Now the commission has unanimously voted to make that recommendation retroactive, which will more than double that number to at least 46,000.

These steps are not merely commonsense; they will also right a grievous wrong against the African-American community, which has been bearing the brunt of the sentencing disparities going back to the 1970s and the start of the so-called “War on Drugs” under then President Richard Nixon.

As some commentators, notably Professor Michelle Alexander of The Iowa State University, have pointed out, that campaign quickly became one of community control of Africans in America, succeeding the old Jim Crow laws and attitudes and resulting in about one in three African Americans being in prison, on parole or some other form of criminal justice control.

The context that allows President Obama and Attorney General Holder – and the Sentencing Commission – to act in this manner appears to be financial. Federal prisons are some 32 percent over capacity and there is no money to expand or to continue to pay for hundreds of thousands of people who have been put behind bars unnecessarily.

While any rationale that deals with the madness of mass incarceration is welcome, there must be a more noble motive for doing the right thing. What is now happening must be just the start of an initiative that will quickly end in the justice system no longer being criminal as far as African Americans are concerned.

The incarceration especially of young black men and the destruction of families and communities must end. There is no undoing the damage already done but it will save the coming generations.