We can use our inherited wisdom to bring about change 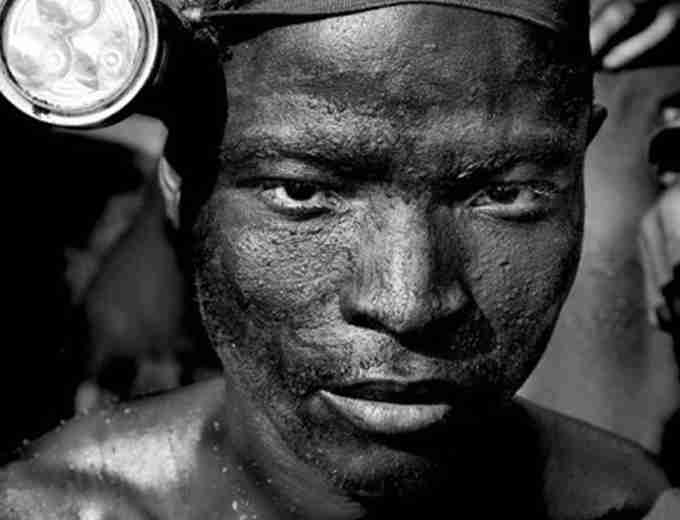 Al Calloway’s column, Let’s have no illusions about politics, published on July 3, compelled me to weigh in with my own take on the theme. I start with slavery because, during that period, which accounts for much of “American” history, the enslaved population might have been the least educated but was by far the best informed and the most knowledgeable.

[optinlocker]Enslaved Africans were forced, obligated, challenged and blessed by history to see right through the entire game of white supremacist conquest and theft of the land and their boasts of being “civilized.” We were not the ignorant, lazy savages that we are made out to be by popular culture and propaganda.

Moreover, as Paul Laurence Dunbar famously stated over a century ago in his poem, ‘We Wear the Mask’ – as a means of survival that has served us well and taught us much.

Just as the economy of any nation means much more than dollars, politics means more than a two-party American system.  Politics is simply a system of determining who gets what, where, when, why and how. In the U.S., with its history of white supremacy and its unspoken state religion of Capitalism, the political system has been reduced to a two-party charade of supposedly competing ideologies but both serving and camouflaging the multinational corporate oligarchy and international private banking cartel which provides the money supply of nations as debt to be paid with interest.

The extent to which black folk participate, or not, in America’s political system and the degree of quality, or lack thereof, of that participation today are continuing reflections of what W.E.B. Du Bois at the turn of the last century cited as the unique “twoness” experienced by the Negro in America. An example is the very concept of race itself: How seriously do we take it?

On the one hand, we know it to be a myth, constructed exclusively by and for the advance of white supremacy with no scientific basis whatsoever. At the same time, we also know that this myth of race has,  in the white mind, defined our color as the military uniform of an enemy who is to be dreaded, watched, contained, controlled and, if necessary, eliminated.

The political system that has been imposed at gunpoint on this country, which once comprised many Native Nations who didn’t even need the word “democracy” because they lived it, rather than talked about it, is based on a wonderfully written document called the Constitution.  But this document, which has required many amendments, was a document to benefit the greedy rather than the needy.

In addressing an issue similar to the supposed black failure to  participate seriously in politics – the perennial question of the supposed black “achievement gap” in schools – I have often suggested that we put ourselves in the place of those survivors of the Middle Passage, emaciated, chained, emerging from the filthy, sweltering hellhole of the slave ship into the glare of a strange place, where barbaric hordes actually sought to deny their humanity and sell them like livestock into life sentences of uncompensated forced servitude beneath the lash. Then we have to ask ourselves what interest those Ancestors would have had in being “educated” to talk, walk, dress, think and act like a white man.  Especially when we consider that any such collaboration with the system only enriched and emboldened the perpetrators of this sociopathic crime to do more of it by capturing, shipping and enslaving more Africans.

Was there any question of “making deals” with these enslavers for a better life? What quid was there to be exchanged for what quo? With what relative benefit? To whom?

And we can now ask ourselves what has really changed since the days of enslavement. Can American politics, as we know it, work for us?

Our true role in this country was not to be its slaves but its saviors – by bringing intelligence, spirituality and morality to a psychopathically dysfunctional society fixated on individual greed – and it continues to be our cross to bear.  For that very reason, we will continue to be regarded as the threat and the enemy.

For us to make the political system work on our terms – for God, for truth, for health – we must approach it in a manner that must benefit all people, as all black demands have always done.  We, the global elite of descendants of Middle Passage survivors, have no real choice other than to use the inherited knowledge and wisdom of our Ancestors to keep it real. If there are to be negotiations at all through the political system, we need to be very astute.  It was never going to be easy.

This is all the more reason for us to be appreciative of what every single one of us can bring of value to the table.  Let others be fooled by the masks we wear, collectively and individually, but not ourselves. What may look to the unknowing eye like ignorance, indolence, non- achievement or non-engagement in a dysfunctional system may be the wisdom of generations at work, even unconsciously.

This is not to excuse or romanticize apathy but rather to recognize that “it ain’t necessarily so.”

We have parents whose achievements are greater than our imagination as they succeed in raising healthy children against incalculable odds and in spite of unspeakable circumstances in their own childhoods.  We have preachers who might appear woefully ignorant of politics or history and yet provide vital spiritual oases to congregations with dire need for them. The African author Ayi Kwei Armah called it “connected consciousness” – the awareness that we are all of one purpose and one accord, regardless of appearances.

There will be among us those with the gift of being our eyes and ears and voice in the political arena, who can “light a lamp rather than curse the darkness” through action in those circles and they are to be greatly appreciated and encouraged.

On the other hand, there are those who enter politics for what they can be rather than what they can do, who are experts at “making deals” and manipulating the system – but for their personal gain.  These are the spiritual descendants of the ones who sold us to the ships in the first place.

So we need also not to be fooled by their masquerading as our brothers and sisters or by any notions that their individual success means anything like success for all of us just because they share some superficial genetic traits of color and ethnicity.