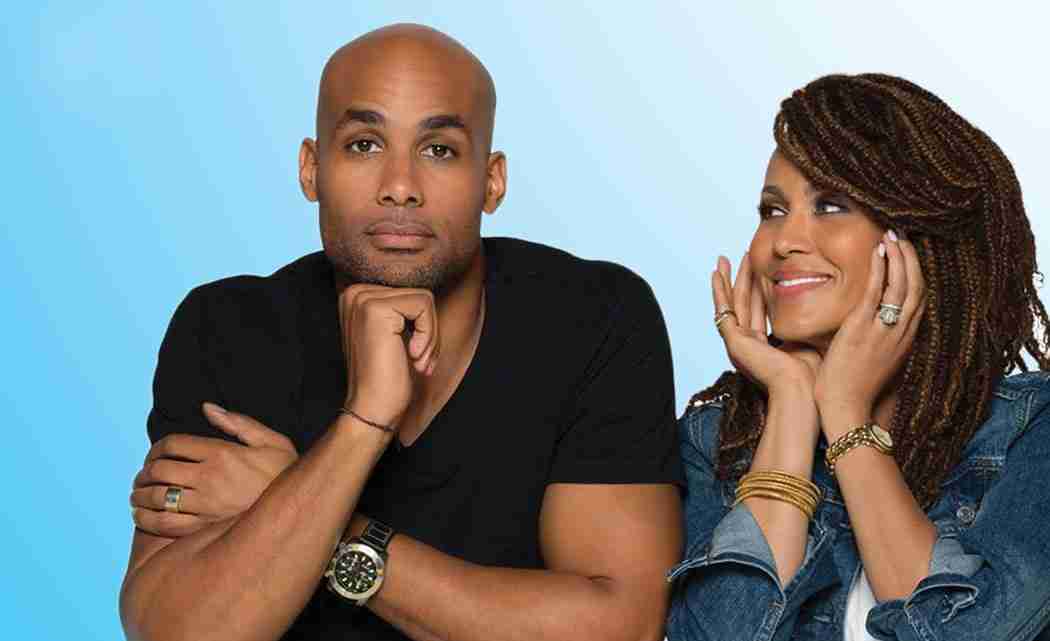 They were co-stars on the Showtime drama Soul Food before they were married in 2005.

“I met her April 19, 2000,” said Kodjoe, 42, who is a series regular on Fox’s The Last Man on Earth and BET’s reality parody Real Husbands of Hollywood.

“Right away I felt her energy and how loving she was,” he said in a recent interview.

“He remembers that?” said Parker, 44, adding: “I felt the same way. I was a little judgmental because he is so good-looking and a model. Like a Ralph Lauren model on a horse with Naomi Campbell.”

“It was an elephant actually, for Versace,” Kodjoe said.

“How could I even enter that conversation? I’m an actress from Baltimore,” said Parker, whose acting credits include the Boogie Nights film and TV’s Murder in the First.

The couple clearly have a fun energy between them, and they’re hoping that translates in a new daily talk show, The Boris & Nicole Show, now airing in a four-week trial on select Fox stations.

They talked about their relationship history and their talk show in a recent interview with The Associated Press.

Associated Press: How did you begin dating?

Kodjoe: We were both in relationships and we respected that and we also respected our work.

Parker: I didn’t want to be a cliche actor who fell in love on (the) set because we were playing boyfriend and girlfriend. I played it cool.

Kodjoe: Everybody knew before we did. The guy with the boom (microphone) was like, ‘Oh God, there we go.’

Parker: My sisters on the show were like, ‘You know that’s your man, right?’ I was like, ‘I don’t know. He’s dating supermodels.’

Parker: That was good.

AP: You’re been together for a long time. How have you made it work?

Kodjoe: But you don’t want to be roommates. You want to be lovers; boyfriend and girlfriend.

AP: Will you interview celebrities and have experts on your talk show?

Kodjoe: We’ll have all of that.

Parker: We’re not going to reinvent the wheel because there’s things about daytime television that you tune in for. I want to know how to cook dinner fast if we’re a family of four.

Kodjoe: I want to know how to crochet pillows for less. (Laughter.) It’s really something that’s been bothering me for a long time.