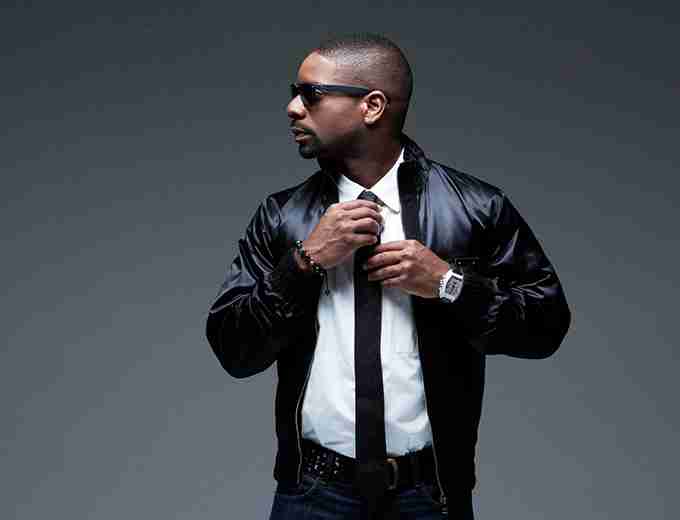 MIAMI — DJ Irie didn’t choose his stage name. It chose him. He showed up to play his first skating-ring gig a couple of decades ago and the DJ asked him, “What’s your DJ name?” Irie recalled.

T and Irie were friends so he knew a few things about Irie. He knew Irie was born in St. Croix, U.S. Virgin Islands, had Jamaican parents and attended boarding schools in Jamaica.

“Your name is DJ Irie,” T said. Irie, a Jamaican word coined by Rastafarians, means loosely, everything is good, excellent.

From there Irie would become a household name, boosting a title as official DJ for the Miami Heat, a job he almost didn’t take. During a recent interview, Irie was a little down because the Miami Heat had lost Game 4 to the San Antonio Spurs. It’s understandable since he has been the team’s DJ since the 1999-2000 season. He’s played their parties and weddings, and has even been inspired to start a foundation by retired Miami Heat player Alonzo Mourning.

Irie believes in tangibly measuring success so he can set new goals. After 10 years doing the Irie Weekend, more than $6 million has been given to at-risk children. He remembers being moved to help by what he saw helping with Mourning’s Zo Summer Groove, now known as just Summer Grove. “It opened my eyes to what was happening in our community that needed our attention,” Irie said. “I saw where other organizations couldn’t address some of the issues and I was in a position to step in and help.”

He decided to start Irie Weekend. At that time, he had to knock on doors, make phone calls, “send smoke signals” to get attention. “Now, come February or March, agents of athletes, are calling and saying ‘Hey man when is your event? Have a spot for me? I am coming.’ Brands were interested in being a part of the weekend and wanted to know ‘How can we be a part of it?’”

“That first year we started with nothing, just an idea,” Irie recalls. “I had never stepped in quote unquote golf shoes but we thought a golf tourney would be unexpected and wow, it was really good, and there was great support. We kept building year over. It is amazing to see the traction and how it has grown.

As with all driven people, they need new goals. Ire’s latest? A partnership with Motivational Edge, a Miami organization that teaches children arts and encourages academic success. Come Friday during the Irie Weekend golf tourney, Motivational Edge’s Allapattah Music and Literacy Center will be renamed the Irie Foundation Allapattah Music and Literacy Center.

“Two years ago we teamed up with the Irie Foundation and now he is getting naming rights,” said Ian Welsch, CEO and founder of Motivational Edge.

The program serves children from Allapattah, Brownsville and Liberty City, said Welsch. Kids can make their own music there but must accept tutoring if they have less than a C in any core subjects.

“DJ Irie understands the music side but also buys into the educational requirement, because he was once a scholarship recipient,” Welsch said.

Irie Weekend X takes off Thursday with a VIP reception at the National Hotel on Miami Beach. Friday starts with a celebrity golf tournament at the Miami Beach Golf Course. Then the weekend heats up with a concert with Nick Cannon and a Think Like A Man Too movie screening and after-party, hosted by Terrence Jenkins. Saturday starts early with a barbeque; later a celebrity bowl game at Lucky Strike on Miami Beach closes the day.

“This is the first time in 10 years that the event falls on my birthday. Usually, I just do something low-key with friends but this year we are going big. I am going to blow it out,” Irie said.

The graduate of Palmetto Senior high School and the man behind the music has varied interests. Irie loves water sports, wake boarding in particular, but readily admits he can’t swim. He likes to ride his Can-Am Spyder, a three-wheel motorcycle down to Homestead or up to North Beach from his Sunset Harbor, Miami Beach neighborhood. The unattached DJ spends his free time with is 7-year-old son Jaiden, who he calls his angel. (He said “unattached for 20” when given options for his relationship status.) The CrossFit junkie still enjoys pralines and cream ice cream and Jamaica’s national dish, ackee and saltfish. He’s Foxx’s go-to DJ, has spun for President Barack Obama and is waiting for Denzel Washington and Oprah to call.

“Of course I know what she likes,” said Irie of Oprah. “She’s got soul; she’s got great taste in music. I am sure I could serve up something she would enjoy.”