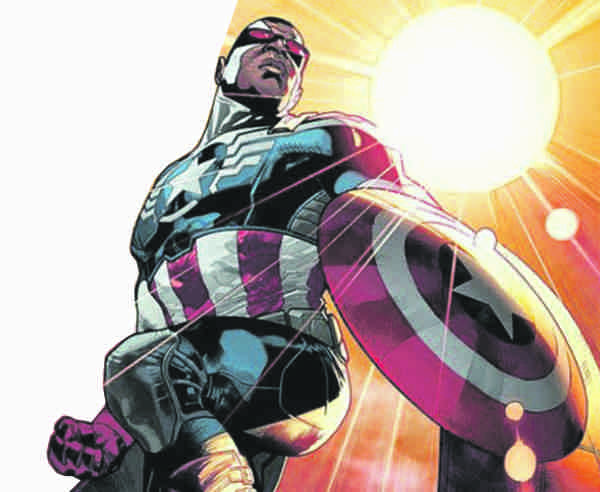 LOS ANGELES (AP) — The new Captain America will be an African American.

Marvel Comics’ chief creative officer Joe Quesada says superhero Sam “The Falcon” Wilson will take over as the patriotic Avenger in an upcoming installment of the long-running comic book series.

He made the announcement last Wednesday during an appearance on Comedy Central’s The Colbert Report.

Wilson first appeared as winged superhero Falcon in 1969 and was one of comics’ first African-American superheroes.

The change will come this November in All-New Captain AmericaNo. 1.

The character was recently portrayed by actor Anthony Mackie in the film Captain America: The Winter Soldier.

Marvel executive editor Tom Brevoort says former Captain America Steve Rogers will be a mentor and strategic adviser to Wilson as he takes on the new role.