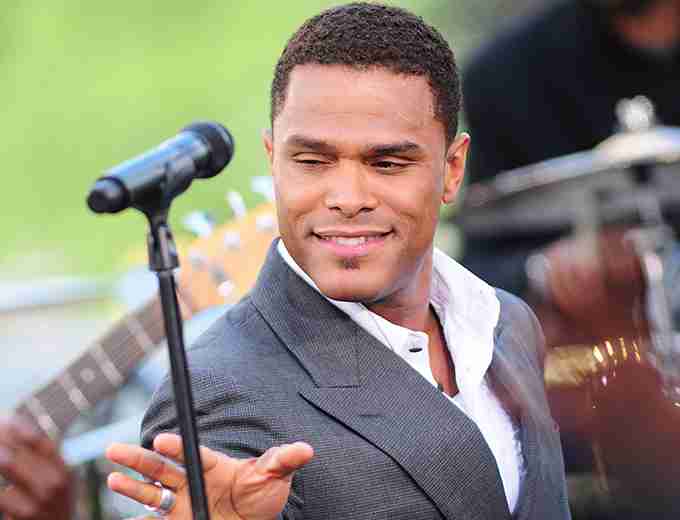 NEW YORK — Maxwell is looking to produce something this year that has nothing to do with music. In a recent interview with The Associated Press, the 41-year-old crooner – who plans to release a new album this year – said he also wants to get married and become a father (though he didn’t offer the name of his “collaborator”).

[optinlocker]“This year is really about the people, it’s really about focusing on putting out the music, and taking myself to another level in life. Hopefully getting married, having kids – the whole thing,” Maxwell said. “I mean, it’s not my ovaries, so I can’t really plan that, but it would be great.”

The R&B star said the experiences he’s had since coming back to music with 2009’s Grammy-winning BLACKsummers’night inspired him to release the second album in his trilogy. SUMMERS, originally planned for release in 2010, will come out this year, he said.

“I lost my cousin. I lost a lot of things. I lost a lot of friends. I came to realize so many good things about people that were always really there, and then so many bad things about people who really weren’t. When you turn 40 and when you cross a decade, God shows you the truth and you just sort of have to take it and run with it, and basically make the right choices, and that’s kind of where I’m at right now,” he said.

“I think that’s why the album can come out now.”

Fans will hear some of those new songs during Maxwell’s two-month “Summer Soulstice” tour, which started Sunday. It’s his first tour since canceling his six-date U.S. trek in 2011 because of vocal swelling and hemorrhaging. (He said surgery was successful.)

“I looked out for my band and for my crew. I paid everyone out of pocket with the great help of Live Nation, who of course I need to pay back, which I think I did like last week,” he said, laughing.

He said he’s never had vocal lessons: “I’ve been winging it since I started. I probably need a few lessons.”

Maxwell’s first recording post-surgery was a duet with Alicia Keys, Fire We Make. He said he’s working on an EP with the piano-playing sensation, and has also recorded a song with Jennifer Lopez, whom he’s known since she was a dancer on In Living Color in the early 1990s.

“She’s such an American success story,” he said of the 44-year-old entrepreneur. “There are people like Kim Kardashian, even Beyonce, that can look at her and say, ‘Yo, she showed us how to shut it down. She was the original stunter.’”

His Summer Soulstice tour stops Aug. 1 in St. Petersburg, Aug. 2 in Orlando and Aug. 3   in Jacksonville.

Next post Annual music and arts festival in Overtown