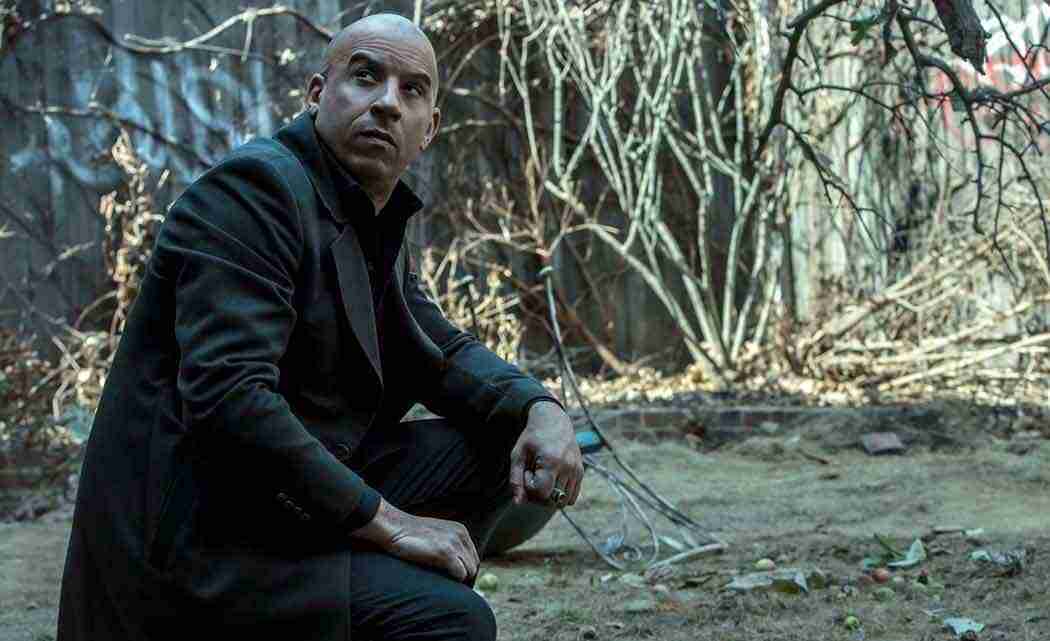 I hate giving Vin Diesel a bad review.  Not because he’s big and has that don’t-mess-with-me attitude.  It’s because he’s one of my favorite action stars.  Many audience members have fallen in love with his larger-than-life loner characters that usually have a skewed, yet good moral compass.

In The Last Witch Hunter, Diesel plays Kaulder, the only witch hunter on earth by default since they all died off 800 years ago.  Kaulder is cursed by the Witch Queen (played by Julie Engelbrecht) to live for eternity and, at over 800 years old, Kaulder has gone through 36 Dolans (witch hunter babysitters/sidekicks who happen to be branded Catholic priests).  Yes, you read that right.  Each Dolan gets branded with the axe and cross, because in this world it’s okay to have “the mark of the beast.”  That’s the first plot hole.

Honestly, in Cory Goodman, Matt Sazama, and Burk Sharpless’ script, it may have helped for one of them to crack open a Holy Bible or something to understand how to combat evil.  In the story, Kaulder’s 36th Dolan (Michael Caine) is found dead on the eve of his retirement.  But, in true cinematic fashion, Kaulder senses a supernatural plot afoot.  (It wouldn’t be a witch movie without it.)  Along his journey to find the clues leading to Dolan 36’s demise, Kaulder picks up a few friends; Dolan 37 (Elijah Wood) and a witch, Chloe (Rose Leslie of Downton Abbey and Game of Thrones fame).

In director Breck Eisner’s visualization of the script, The Last Witch Hunter is way too dark.  Eisner is expecting that one can actually fight darkness with darkness.  Not to mention, Kaulder must report to a witch counsel consisting of five darkly-clad individuals who hold court in the basement of a Catholic church, surrounded by a sinister-looking tree sculpture.  The leader of said counsel is a tarot card reader and she’s terrible at it.  With the current cast of protagonists, it’s hard to believe these individuals would be able to combat evil successfully.  In fact, they should be at odds with each other.  That’s the second, glaring plot hole.

Speaking of plot, it’s pretty weak.  As Kaulder is seeking out Dolan 36’s killer, he happens to find out that the Witch Queen he killed 800 years ago is trying to make a come-back.  She’s actually more intriguing than threatening and, as a character, seems to be more fleshed out than Kaulder.  How did that happen?   It appears the filmmakers were banking on the Vin’s notoriety as an action star and didn’t bother to make sure Kaulder was given proper screen time for the audience to get to know him.  Likewise, too much time was taken flashing back to the past, making the audience feel stuck between the past and the present.

Something went desperately wrong with Witch Hunter.  If a sequel is made – which I doubt, given the box office numbers – some things need to be fixed. Any sequel must include a re-casting of all the principal actors except Vin Diesel; as well as a new creative team with a new director, new writers and a new editor.  Basically, they must gut the film and start from scratch.  We can leave Vin in the title role and be cautiously optimistic because, although he’s good at playing these types of men; he’s not good at picking good scripts unless they’re a part of a certain fast and furious franchise.

Next post Are black women still mad at Wesley Snipes?