Black athletes have long history of not sticking to sports 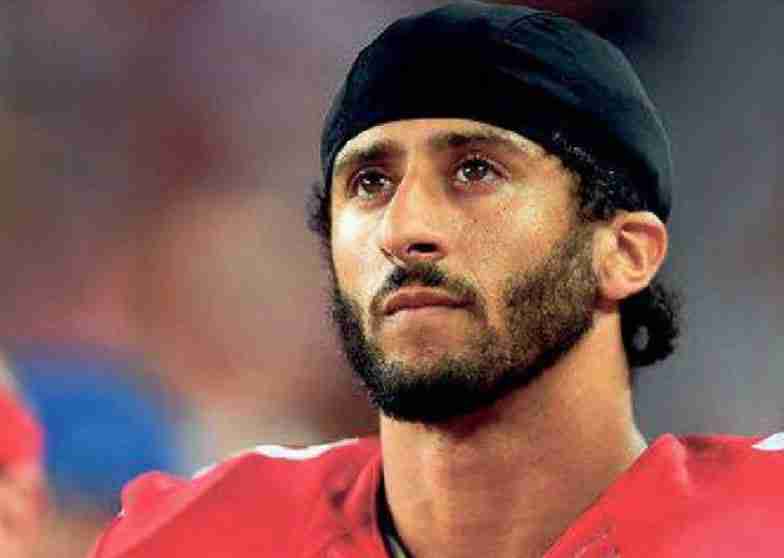 EDITOR’S NOTE: African-American athletes have used their sports platforms for more than 100 years to impact social and political change. As part of AP’s coverage plans for Black History Month, we will take a multiplatform look at how many have and continue to engage in activism, from Jack Johnson, to Muhammad Ali to Colin Kaepernick

This year’s NFL season featured two of America’s pastimes: football and race, with pre-game protests dividing fans along color lines and making Sunday afternoons among the most segregated hours in the country.

While some fans would prefer players stick to sports, many black athletes have chosen a different path by protesting, making people uncomfortable.

“The whole purpose of the demonstrations is to get (fans’) attention,” Kareem Abdul-Jabbar said in an interview with The Associated Press.

“These are the people that ignore the fact that people are being shot dead in the street. They’ve found ways to ignore it.”

For weeks, some NFL players, most of them African-American, knelt silently on the sidelines as the national anthem played before kickoff. Their goal: to raise awareness about disparities in policing in communities of color , and about persistent, systemic racism in America. It was a new approach to an age-old problem.

For generations, black athletes from heavyweight boxer Jack Johnson to tennis champions Venus and Serena Williams to former NFL quarterback Colin Kaepernick have protested in ways large and small to highlight injustice, galvanize support and move the country forward. Often met with backlash from fans uninterested in mixing sports and social issues, many have taken stances that have cost them their careers.

The roots of black athlete activism can be traced to the dawn of black freedom. Even after slavery ended, black Americans were barred from full participation in the public sphere: denied the right to vote, access to mass media, or equal housing and schools.

Because they were blocked from entry in most civic institutions for much of the 20th century, black people found public visibility and expression in other arenas – often cultural ones, like music and sports.

Johnson fought – and beat – white boxers at the height of Jim Crow, when blacks were presumed to be inferior, and dated white women,upending the social norms of the day.

When he finally lost, it would be a generation before another black boxer would be allowed to compete at such a level, and the message had been sent to black athletes that disrupting society came with consequences.

“It’s because of what happens [sic] to him that others know they have to toe the line,” said New York University historian Jeffrey Sammons. “They can’t be seen as defiant or opponents of the system. They know they can’t succeed without living up to expectations and being humble, unassuming and supportive of the established order.”

Then came along Muhammad Ali, who was not one to toe the line.

Ali was the most visible and influential athlete of his generation when he protested the Vietnam War as racially unjust by refusing to be drafted in 1967, a move that cost him his livelihood, derailing his fighting career for years.

Abdul-Jabbar, who at 70 represents a bridge between Ali and Kaepernick, went on to a storied NBA career, but Smith and Carlos returned home to the threat of having their medals taken, and faced difficulty finding coaching jobs.

“It was an international stage that was being used to promote how unified and wonderful the world is, but black Americans at that point were still in a very tough struggle to obtain their rights, both human and political,” Abdul-Jabbar said of the 1968 games. “The fact that (Smith and Carlos) used an international platform to speak for people who usually don’t have any power to be heard made it all the more significant.”

Carlos said Mexico City was the only place he could’ve made such a statement.

The killing of mostly unarmed black men by mostly white police officers sparked the Black Lives Matter movement, which has again drawn
black athletes into the national conversation on race. The sideline protests in the NFL – started in August 2016 by Kaepernick – have been the most prominent display of players’ engagement, though black athletes in baseball and basketball have also had smaller displays of activism.

Because sports are such a prominent aspect of American life, they remain an effective way to bring attention to issues of racial injustice. “This is our inheritance,” said Howard Bryant, senior writer at ESPN and author of the forthcoming book “The Heritage: Black Athletes, A Divided America, and the Politics of Patriotism.”

“You’re not allowed to check out,” Bryant said. “This is going to continue until the United States respects the black brain more than the black body. Then sports can go back to what it was supposed to be – just a game.”

Media – and social media in particular – have helped in recruiting athletes to the cause, explained Color of Change Executive Director Rashad Robinson, whose online civil rights organization has joined with athletes in addressing systemic racism and mobilized its membership to boycott the NFL and its corporate sponsors.

Such stands have often come at a cost, even for today’s players, who are far more prominent
and wealthy than theirpredecessors. Like players who spoke out before them, they have been met with violence and vitriol, described as unpatriotic, ungrateful and disrespectful. “

The public is used to black guys selling sneakers and making jump shots,” said Bryant. “Do white people want to hear what black people have to say? No, they don’t. Does it need to be said? Yes.”

Abdul-Jabbar agreed, tying Ali’s fate to Kaepernick’s as two athletes who sacrificed their livelihoods at the height of their careers for a greater cause.

“Anybody that knows anything about football will tell you that he is a talented athlete and should be on somebody’s team,” Abdul-Jabbar said of Kaepernick. “I think he’s being blackballed.” But with the cost are also benefits. Using the universal language of sports as a platform to discuss race reveals racism and galvanizes support to end it, Robinson said.

“Part of why people are paying attention is because of exactly who they are,” he said. “Throughout time, it has been the people with reputations and something to lose whose risktaking has helped result in change.”