Cavaliers push through injuries on path to Eastern finals 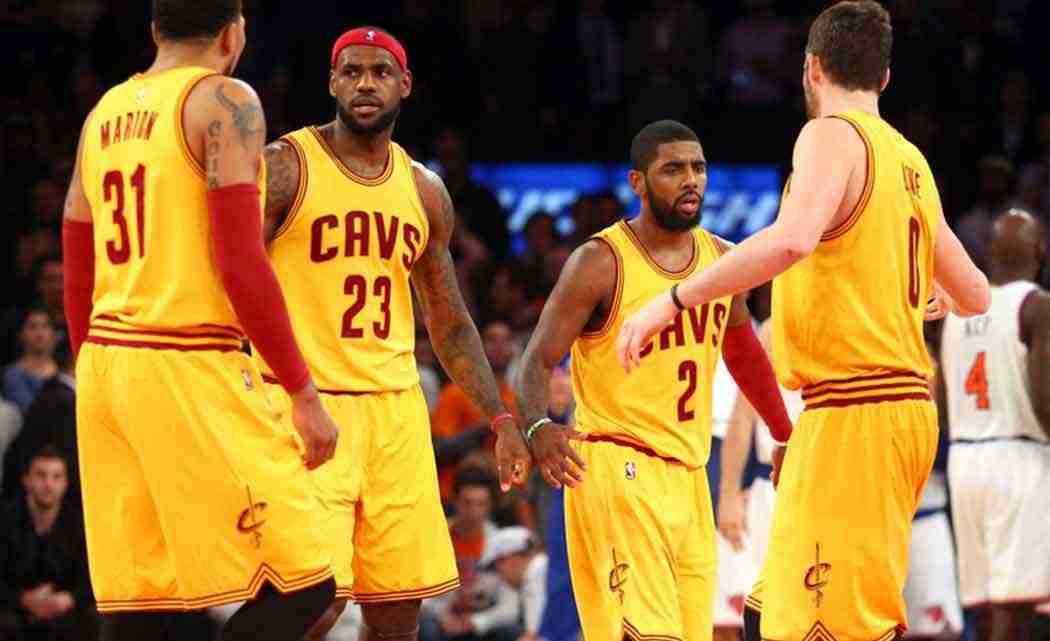 CLEVELAND (AP) _ LeBron James sat in his usual middle seat at the postgame podium talking about another playoff win, one moving him closer to another NBA championship.

He was joined by unlikely company, a point guard to his right and power forward to his left but not the same ones he began these playoffs with a few weeks ago.

The superstar was flanked by Matthew Dellavedova and Tristan Thompson _ hardly the Big 3, more like Cleveland’s Unexpected 3.

Showing resiliency and toughness with contributions from the team’s most unsung players, the Cavs ended Chicago’s season on Thursday night by beating the Bulls 94-73 to win the semifinal series in six games.

They will open the Eastern Conference finals at top-seeded Atlanta on Wednesday night. The Hawks eliminated the Washington Wizards in six games on Friday.

Without Kevin Love, their best rebounder who was knocked out by a shoulder injury in the opening round, and without All-Star guard Kyrie Irving, who re-injured his left knee in the first half of Game 6.

This season of turmoil, scrutiny and expectation as James chases a title for his home region, rolls on.

The Cavs will have nearly a week to heal bumps and bruises and hope Irving can recover from a sprained right foot and tendinitis in his left knee. Irving spent the second half of Thursday’s game as a benched cheerleader, his knee wrapped, his stomach in knots.

“A week of treatment and it all goes down in one play,” he said.

Irving’s injury forced the Cavs to turn to Dellavedova, a scrappy, undrafted Australian whose previous biggest moment of the series came when he put Chicago’s Taj Gibson in a leg lock during a skirmish in Game 5. But in Game 6, the 6-foot-4 Dellavedova, a Saint Mary’s (California) product who downs a cup of black coffee right before every game, scored a team-high 19 points.

“This guy right here,” James said, motioning toward his new sidekick. “He’s not the most athletic, fastest, greatest shooter in our league but I’d put him out there with anybody. This guy has to guard Kyrie Irving every single day in practice. That’s not an easy task. But when your mind is true, I just think the game gives back to you.”

It was validation for the teammate known affectionately as “Delly.” His turnovers and shaky shot selection early in the season prompted Cavs general manager David Griffin to search for a backup point guard at the trading deadline. Griffin had already dealt for Iman Shumpert, J.R. Smith and Timofey Mozgov, pieces that have positioned the Cavs for a title shot.

But Dellavedova never stopped working and it paid off.

“I guess I wasn’t playing as well as I would have liked, helping the team,” he said. “I’m just happy that they stuck with it, and I’m doing the job.”

Thompson’s journey this season has been just as impressive. When the Cavs traded for Love last summer, Thompson was shoved to the bench after starting 82 games in each of the two previous seasons. But instead of pouting or complaining, the Canadian embraced his new role, becoming one of the league’s top reserves.

“I went in and punched the clock,” he said.

He grabbed 17 rebounds in Game 6 and the No. 4 overall pick in 2011 continually outworked Chicago’s big men to keep possessions alive for the Cavs.

Thompson has grown close with James. They share the same agent, Rich Paul, and Thompson looks to James as both role model and mentor.

“I am playing with this father here,” Thompson said, nodding at James. “Delly, Kyrie and I saw an opportunity to play with one of the best. It started on Labor Day when LeBron was the first one in the gym and last one out. We knew we would have to catch up if he does that. It would mean working three of four times harder than he did.”

Just as he did in leading Miami to four straight Finals, James is making those around him better.

And James might be enough for Cleveland, where his supporting cast seems to change every game.

James bristled when asked if he felt that the reconfigured Cavs are no longer favorites.

“Underdog? Me?” he said incredulously. “I will never be an underdog. I think we have a great chance. That’s what we’re here for. We’re gonna play hard, we’re gonna give ourselves a fighting chance.”

Next post Lightning's Callahan back on ice after appendectomy