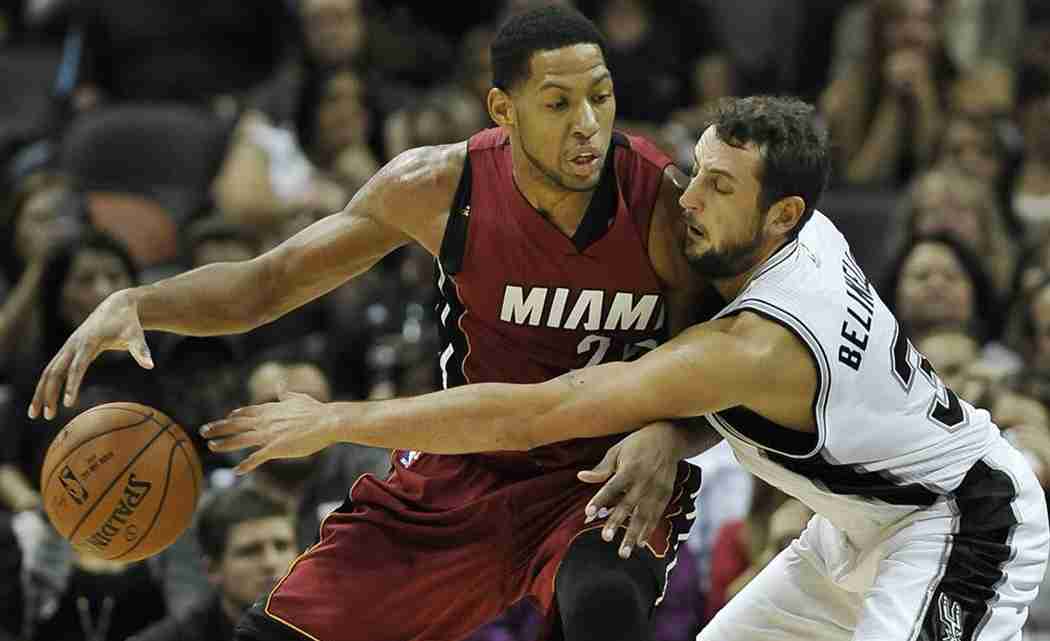 SAN ANTONIO (AP) – Rookie Shabazz Napier had 25 points, including four free throws in the final minute, and Miami held on for a 111-108 overtime victory over San Antonio on Saturday night in the teams’ first meeting since the Spurs routed the Heat in the NBA Finals.

Tyler Johnson scored 17 points in the exhibition game, Andre Dawkins added 16 points, and Danny Granger and Mario Chalmers had 11 each for Miami (2-4).

There was little resemblance to the teams that last were on the AT&T Center court when the Spurs throttled the since-departed LeBron James and the Heat in five games during the NBA Finals.

Even without the star power, the teams managed to produce plenty of excitement.

Jonson missed both free throws with 13.2 seconds left and then had a backcourt violation on the ensuing rebound. Joseph missed a turnaround jumper near the free throw line and Ayres sailed a short jumper over the rim as time expired in regulation.

Napier made two free throws after being fouled following a mad scramble for a loose ball at midcourt, giving Miami a 109-106 lead and sealed the win with two more free throws.

The Heat: Chalmers left the game with a trainer pressing a towel to the top of his head after bumping heads with Manu Ginobili with 3:35 left in the first quarter. He returned in the second quarter with a bandage on his left brow. Napier is averaging 12.7 points while coming off the bench in all six preseason games. Napier joined Deng and Dawkins and as the only players other than Bosh to lead or share the team lead in scoring during the preseason. Bosh has done so four times.

Next post WHO: NIGERIA'S EBOLA OUTBREAK IS OFFICIALLY OVER