Despite skid, Gase says Dolphins have enough talent to win 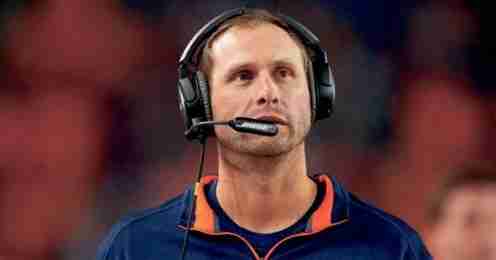 DAVIE, Fla. – A year ago, November ended with the Miami Dolphins riding a six-game winning streak on the way to their first playoff berth since 2008.

Now the franchise is headed in the opposite direction, the outlook bleak with a month still to go in Adam Gase’s second season as coach.

The Dolphins’ five-game losing streak is their longest since 2011, near the end of the Tony Sparano era. Gase’s pilloried predecessor, Joe Philbin, never endured such a dismal stretch.

But Gase said the Dolphins (4-7) have the talent to win and can still turn things around, beginning Sunday against woeful Denver (3-8).

“I like the guys we have on the roster,” Gase said Monday. “There are a lot of things we can do better, but these guys have done a good job of sticking together through a little bit of adversity. Things haven’t always gone as we’ve planned.”

A 35-17 loss Sunday at New England wasn’t part of the plan, and it accelerated a dismal stretch for the Dolphins. They’ve been outscored 177-82 during the losing streak, and by 115 points this season second-worst in the NFL ahead of only winless Cleveland.

To compound the misery, injuries continue to mount. Running back Damien Williams was carted off the field Sunday with a shoulder injury, and Gase didn’t rule him out of the Denver game, Kenyan Drake is now the only healthy running back on the roster.

Defensive end William Hayes will likely miss the rest of the season with a back injury that sidelined him against the Patriots, Gase said.

Quarterback Jay Cutler, who sat out because of a concussion, may return this week. Matt Moore replaced him at New England and lost his fourth start in a row, including the final two games of the 2016 season.

All of Gase’s lineup shuffling, often by necessity, has failed to brake the skid. It’s a big change from last season, when the overachieving Dolphins made their young coach a rising star.

He was mostly successful as an assistant, too, especially with Peyton Manning and the Broncos, but noted this isn’t his first exposure to losing.

“I’ve been through it before,” he said. “I’ve seen guys when they quit and don’t practice hard and really don’t care. And you see those guys get eliminated from the NFL very quickly.

“I see our guys’ energy level and the way they try to execute. Guys are trying to do things right.”

Trying’s not always enough, however. Against the Patriots, the Dolphins gave up seven sacks while committing six penalties and three turnovers, and were burned by a fake punt.

“There are self-inflicted wounds that rear their ugly head that cost you plays, that in turn cost you position on the field, that cost your points on the board,” defensive end Cameron Wake said.

“And obviously that sways the course of the game. The only way to fix most things in football is to sprinkle a little hard work on it. And just because you work hard still doesn’t guarantee you victory.”

Regard for the Dolphins is so low they opened as underdogs this week, even though they’re at home against a Broncos team mired in a seven-game losing streak, their longest since 1967.

Next post Woods says he’s now on the ‘other side’ of pain, loving life