Not even muscular dystrophy holds back VCU’s Howie 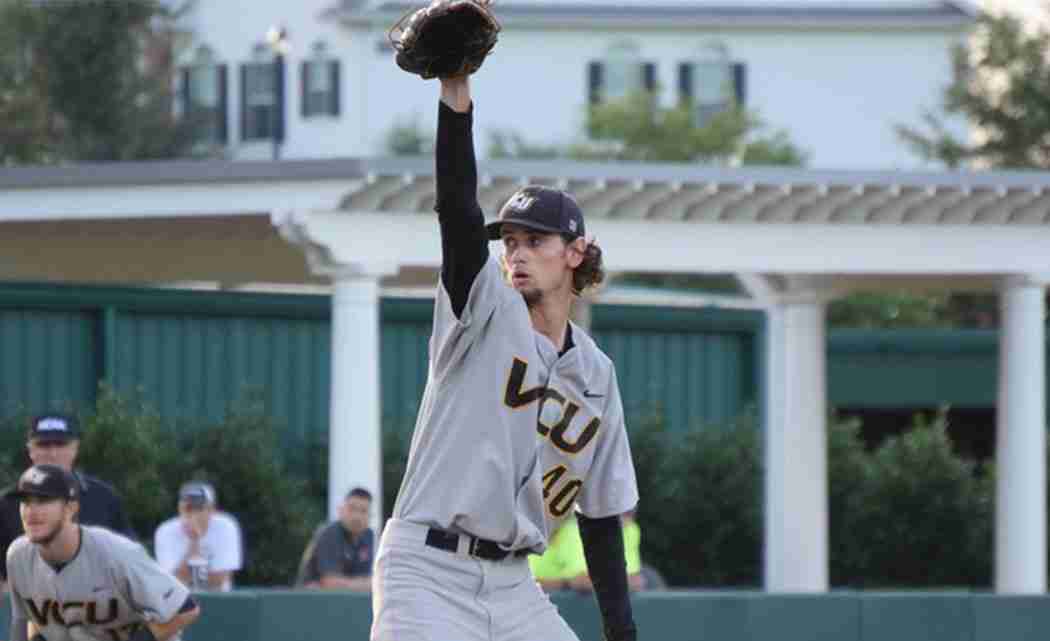 If his college career was over, what a ride it was.

Here’s what Howie has done in four years of college, the first two at Everett Community College in Seattle before transferring to VCU: Go 29-13 with a 2.62 ERA, striking out 272 in 354 1-3 innings. And the crafty left-hander gave Miami fits in Game 1 of their super regional series on Friday _ only the biggest game in VCU baseball history _ with Howie taking a tough 3-2 loss despite not allowing any earned runs.

“A lot of people, when I was younger, probably wouldn’t have expected me to be on this stage,” Howie said.

This is why: Howie has muscular dystrophy.

There are multiple forms of the disease, which prevents many muscle cells from staying intact. It can’t be cured but can be managed, which Howie has done for years. And the slight 6-foot-3, 165-pounder is not a hard thrower by any means _ he rarely topped 80 mph Friday against Miami _ but he’s still effective, knowing how to hit spots and frustrate batters.

“I appreciate where I am and I appreciate the people who helped me get here,” Howie said. “But I don’t try to think too much about defying odds, especially when I’m out there, I’m a pretty cocky person and I like to think I’m the best. Maybe off the field a little more, but when I’m on the field I would say I don’t look around and try to be bright-eyed by the moment or be shocked by the moment.”

His toughness has never been questioned, and it was on display again Friday. The game was stopped for 90 minutes midway through the fifth inning because of lightning in the area, and most starting pitchers aren’t able to continue when faced with such a long gap between throws.

Howie never considered coming out after the layoff, and VCU squeezed another four outs from him before Stiffler eventually took out his starter.

“I’ve kind of always pitched through aches and pain my entire life,” Howie said, “so this was nothing.”

The Hurricanes, who host Game 2 of the super regional series on Saturday afternoon, were duly impressed by what they saw from Howie. He held them to four hits in his 6 1-3 innings, no small feat against one of the nation’s most potent offenses.

“He throws a lot of off-speed stuff and he’s a little funky, his delivery, and a tough guy to hit off of,” Miami coach Jim Morris said. “You can see why his ERA is what it is.”

Howie played several sports as a kid before deciding to concentrate on baseball. He excelled at them all and once considered trying to also play college basketball, which was a real option. He has a bit of a quirky delivery, but there’s really no obvious drawbacks in his game.

He said he’s hopeful that his team can still rally in the super regional and give him one more collegiate start. If that doesn’t happen, his four years of work were nothing to complain about.

“I expected to be here,” Howie said. “It was my goal to be here. I wanted to. I believed I could.”

And those doubters were probably rendered silent long ago.