CEO: STERLING STAYING ON A ‘DISASTER’ FOR CLIPPERS 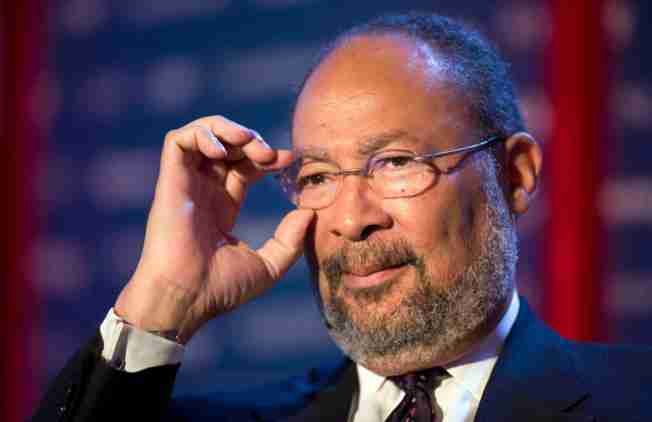 LOS ANGELES — Coach Doc Rivers has said he’ll resign from the Los Angeles Clippers if Donald Sterling remains owner, the team’s interim CEO testified, saying such a move would be a “disaster” for the franchise.

“If Mr. Sterling continues as owner, he does not want to continue as coach,” Richard Parsons said in court Tuesday, recounting recent conversations with Rivers.

His testimony was a rare foray into the basketball side of the Clippers at a probate-court trial that has focused on the narrow question of whether Sterling’s wife, Shelly, can sell the team for $2 billion to former Microsoft CEO Steve Ballmer as the NBA looks to force Donald Sterling from the league over racist statements.

Shelly Sterling is scheduled to return to the stand Wednesday as the final witness, with the two sides returning for closing arguments next week.

Parsons, a former chief executive at Time Warner and Citigroup who took over leadership of the Clippers in May during the media blitz surrounding the banishment of Sterling, said under questioning by Ballmer’s lawyer that the departure of Rivers would “accelerate the death spiral” of the Clippers.

“If Doc were to leave, that would be a disaster,” Parsons said. “Doc is the father figure, the one who leads.”

Team representatives said Rivers had no comment on the testimony.

Parsons said he fears there would also be an exodus of key players, including team captain Chris Paul, who heads the NBA players union.

The judge stopped Parsons from giving an account of his conversations with Paul when an NBA lawyer objected over privacy issues.

Parsons said corporate sponsors and season ticket holders would likely be the next to leave.

“If your coach leaves, if your players don’t want to play with you, what do you have?” Parsons asked. “If your sponsors leave and the fans leave, it’s going to spiral down and down.”

Parsons also said he doesn’t believe that anyone will offer as much money for the team as Ballmer. That opinion was seconded by witness Anwar Zakkour, an investment banker who helped broker the deal for Ballmer’s purchase and said he never expected a bid so big.

Explaining why Ballmer would have bid over the value of the team, Zakkour said, “It was a trophy asset.”

“This is the highest price ever achieved for a sports team,” he said. “However way you count it, this is an amazing price that anyone should be satisfied with.”

Parsons and Zakkour said that if the NBA seized the team and put it up for auction, the price would drop because there would be less certainty about the team’s future.

Outside court, Sterling’s lawyer, Bobby Samini, said the billionaire would persist in his opposition to the sale because “he feels he was wronged” by the NBA.

“He has no desire to destroy the team,” Samini said. “He is fighting to protect his rights.”

Later Tuesday, Sterling fired off another legal volley, filing a new lawsuit against his wife, the NBA and league Commissioner Adam Silver that alleges fraud, breach of contract, unfair business practices and infliction of emotional distress. He claimed, among other things, that he was tricked into being examined by psychiatrists to establish whether he was mentally competent.

The NBA declined to comment on the new lawsuit.

Shelly Sterling’s attorney called it a “frivolous, last ditch act of desperation” in a statement.

“This action shows once more how obsessed he is with ruining a record-setting $2 billion sale of the Los Angeles Clippers,” attorney Pierce O’Donnell said, “a sale that would solve the problems his racist rant started three months ago.”

Next post GET PAID FOR POSTS? SOCIAL NETWORKING'S NEW TWIST