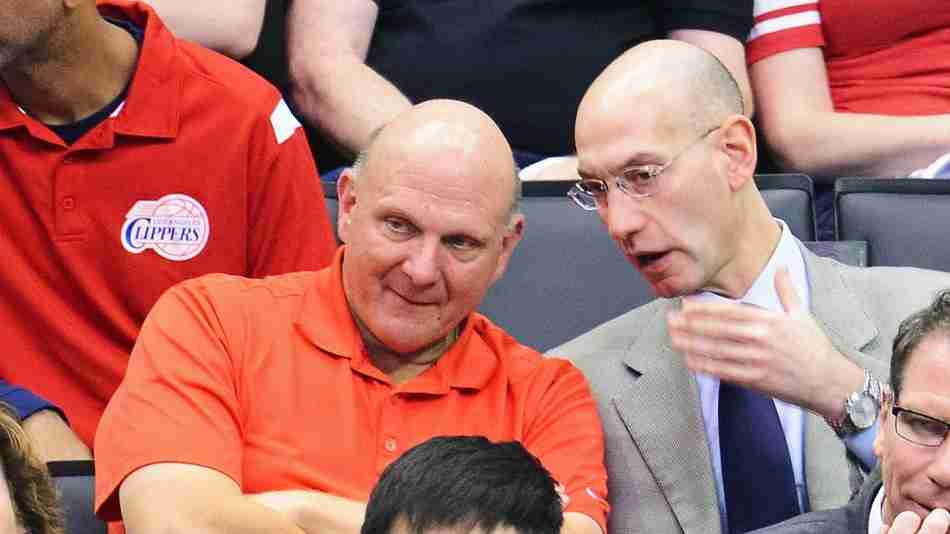 FILE – In this March 2, 2010, file photo, Microsoft Corp. CEO Steve Ballmer speaks in Santa Clara, Calif. Ballmer is officially the new owner of the Los Angeles Clippers. The team says the sale closed Tuesday, Aug. 12, 2014, after a California court confirmed the authority of Shelly Sterling, on behalf of the Sterling Family Trust, to sell the franchise. (AP Photo/Paul Sakuma, file)

LOS ANGELES — Steve Ballmer officially became the new owner of the Los Angeles Clippers on Tuesday for a record $2 billion.

The team said the sale closed after a California court confirmed the authority of Shelly Sterling, on behalf of the Sterling Family Trust, to sell the franchise to the former Microsoft CEO. Her estranged husband, Donald Sterling, had unsuccessfully fought the sale of the team he owned since 1981 in court.

The NBA Board of Governors had previously approved the sale.

“We were ready,” Streisand said. “Within minutes, the deal was signed, sealed and delivered.”

He said even if Donald Sterling seeks an emergency order directing the judge to vacate his order, the attorney is confident an appellate court would agree that Levanas made the correct decision.

The sale ends some troubling concerns that had surrounded the team in recent months.

Doc Rivers would possibly have quit as coach if Sterling remained the owner, interim CEO Richard Parsons had testified. All-Star point guard Chris Paul, who also is president of the Players Association, might have sat out and convinced other players to join him. Sponsors who already started to flee after a recording of Donald Sterling making racist comments was released might have stayed away for good.

None of that appears to be a problem with Ballmer taking over what could be a powerhouse team next season. By agreeing to the record purchase price, he’s already proven he’s willing to spend in contrast to the famously frugal Sterling.

“The topic of conversation with Doc earlier was to focus in on what does it take and how can I help support him in achieving our mutual mission and in a pretty intense way continue to improve, be tenacious,” Ballmer said. “If we do all that, good things will come our way.”

Ballmer was nearly an NBA owner last year before owners chose to keep the Kings in Sacramento, rather than allow them to be sold to a group that included Ballmer and moved to Seattle.

Now he’s got his own team to share with his wife and three sons.

“We’re a family that likes basketball,” he told the AP.

Ballmer said he fell in love with the sport as a seventh-grader in his hometown of Detroit. He was manager of his high school team, which included keeping statistics.

Two of his sons have played the game, while the youngest has been a statistician for his high school team in the Seattle area, where the family lives.

Ballmer said he hopes to attend a lot of Clippers games next season. He said Parsons has agreed to stay on as CEO for the interim.

“That gives me a chance to figure this all out,” he said.

The transaction ends Donald Sterling’s run as the longest-tenured owner in the NBA after 33 years. After buying the Clippers in 1981, he moved the franchise from San Diego to Los Angeles three years later.

The 80-year-old real estate mogul has been in probate court fighting his wife’s proposed deal to sell. At issue was whether Donald Sterling killed the deal by revoking the trust after his wife removed him as a trustee. Shelly Sterling acted after doctors found Donald had symptoms of Alzheimer’s disease.

The drama began in April when the recording surfaced of Donald Sterling dressing down his girlfriend for bringing black men to Clippers games. The audio spurred the NBA to ban Sterling for life and fine him $2.5 million.

His wife of 58 years then took control of a family trust and negotiated the $2 billion sale of the team to Ballmer. Shelly Sterling said she was initially given her husband’s blessing to sell the team and he praised the deal she reached.

When it came time to sign it at the end of May, however, Sterling said he would not sell and would sue the league.

Ballmer wants to put all that in the past and focus the team on being “a great citizen in the community for a diverse set of folks,” including the NBA’s predominantly black players.

“We’re going to do our best on that,” he said. “I know that is high on Doc’s list, it’s high on my list to do that. We also have to be a phenomenal basketball team, play really well as a team and have great success on court. We’re going to work on all those things.”

Ballmer agreed to give Shelly Sterling the title of “owner emeritus.”

“I am confident that Steve will bring the city a championship team in the very near future,” she said.

Earlier, Ballmer hailed Clippers fans for remaining loyal to the franchise through what he called “some extraordinary times.”

Rivers called it “an amazing new day in Clippers history,” and said he’s inspired by Ballmer’s passion for the game.

Ballmer, Rivers and Clippers players will attend a new fan festival announced for next Monday at Staples Center.