BitCoin: The Gold Rush of the new millennium? 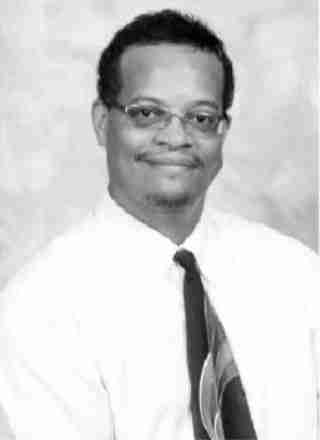 So what is all the buzz surrounding BitCoin? Let me tell you. This is an investment that has returned over 704% year-to-date. Even the most risk averse investor will find those returns hard to ignore. Yes, with great reward comes risk. But as you can see, the risk, in my opinion, is well worth the reward. Will this euphoria continue? The way I see it, if investors continue to jump on the bandwagon and analysts and big businesses continue to give it the thumbs up, then expect this free-for-all bonanza to continue. Right now, the BitCoin is trading at $8,211. Yes, you heard me right. That’s $8,211 for one single BitCoin. Let’s put that into perspective. The price of gold is $1,297 per ounce. That means that it would take over 6 ounces of gold to equal the value of one BitCoin. Truly amazing!

The good news is that multi-billion dollar hedge funds, institutional investors, and retail investors will all be getting in on the action by the end of 2017. This will give the BitCoin much more liquidity and push it to new heights never seen before. If the rule of investing is “follow the big money,” then this might be the time to follow. You may be putting a few hundred or a few thousand at stake; they will be putting hundreds of millions or possibly billions on the table in high-risk bets. That’s the equivalent of Bill Gates coming to your house and telling you the next tech stock to invest in. I’m an experienced investor and I know for a fact that big money moves the markets.

It is becoming increasingly tougher for institutional investors and investment firms to ignore the BitCoin as an emerging market. If the current state of euphoria continues, BitCoin may even be considered a safe haven for storing capital. Earlier this year, Jaime Dimon, the CEO of the largest bank in North America (JPMorgan Chase)  said that he would fire any trader within his company who decides to deal with BitCoin and trade the digital currency on behalf of clients. This was even after it was discovered that several JPMorgan Securities custodian accounts processed BitCoin trades via the Nordic Nasdaq (Sweden) exchange’s XBT Provider, a BitCoin exchange-traded fund.

The BitCoin has garnered so much attention and notoriety that even JPMorgan may get in on the action for fear of missing the boat. The BitCoin market can no longer be dismissed or ignored even by the largest bank in America. The demand from retail and institutional investors is simply too large to ignore. The BitCoin has already made scores of people wealthy and it shows no signs of slowing down. This crypto-currency used to be traded only by main street investors, now the Wall Street titans are getting in on the action.

As any experienced investor and trader know, when the big boys want to play in your sandbox, you better very well make room. These large-scale investors are about to make some significant moves in the BitCoin markets. There will certainly be a major impact on the prices, which means this could be the time for Main Street investors to get rich right along side of the Wall Street titans. And by the way, these titans will have billions on the line so you can be assured that they will make sure the markets move in their favor.

The movement of this kind of money into an already growing market can only mean good news for those who get in at the right time. The liquidity of the bitcoin market will only grow due to the excess funds that will be flowing in. Could this be the gold rush for the new generation? Only time will tell. But for now, it seems a good time to take a look and exercise some due diligence. There were people who stood on the sidelines and watched the prospectors mine for gold. Imagine what the nay sayers and looky-lou’s were saying to themselves when the gold rush was over. The Great California Gold Rush lasted for the better part of seven years. After seven years, the BitCoin market is just getting warmed up.

Next post Am I required to apply annually for a Homestead Exemption?