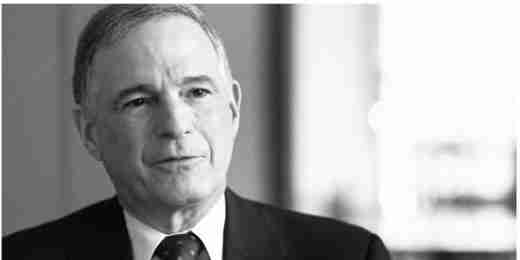 LAS VEGAS — It’s a difficult topic to discuss, fraught with politics and social stigma, and an even tougher one to fix: people who kill themselves with a gun. But now two unlikely allies – the gun industry and a leading suicide prevention group – are coming together to tackle it. It’s a partnership that’s been elusive, with the gun industry wary of encouraging a gun-control agenda and suicide prevention advocates uncertain about diving into such a prickly political topic.

But after nearly a year of phone conversations and meetings, the National Sports Shooting Foundation and the American Foundation for Suicide Prevention discovered they had a goal in common: preventing suicides.

“As with most relationships, we had to get to know one another a bit. We had to see that they were serious, and I’m sure that they had to see that we were not going to be gun control activists,” said Robert Gebbia, CEO of the American Foundation for Suicide Prevention. “We’re interested in not taking guns away, but in limiting access by those who have serious mental health problems and are at risk.”

It’s all about practicing safe storage, he said.

Suicide is the 10th leading cause of death in the United States, with more than 44,000 Americans dying each year – half of them using a firearm. For those who use a gun, it is fatal 90 percent of the time. The goal of the partnership is to reduce the number of suicides by 10,000 in the next decade.

“You think about 10,000 people who might not take their lives because they didn’t have access to the means to do it … that would be success,” Gebbia said in an interview.

The idea is to spread the word to gun owners and buyers through dealers, gun ranges and retailers on ways first to recognize warning signs and then to prevent the person from accessing a firearm until they are able to recover from their illness. The initiative last summer launched pilot programs in Alabama, Kentucky, Missouri and New Mexico and now is going national.

Brochures pointing out factors that put some people at greater risk for suicide, warning signs to watch for and tips on reaching out to someone showing signs of depression are going to retailers and others in the industry. There’s also information on ways to safely lock and store a firearm.

Steve Sanetti, president and CEO of the foundation, said that although the industry has taken on other projects designed to ensure the safe handling and storage of firearms, including providing child-safe locks, “suicide has been one area we have not touched on as much in the past. … This is something we thought as an industry deserved some attention.”

At a news conference Tuesday at the industry’s annual trade show in Las Vegas, Sanetti acknowledged the prevailing opinion among doctors and other experts is that the best way to keep people safe is to keep guns out of the home. About two- thirds of all gun deaths each year involve suicide.

Sanetti, joined at the news conference by the suicide prevention group’s medical director, Dr. Christine Moutier, said it was important to ensure that the materials and messages being delivered to gun owners and the industry focus on getting help for at-risk people and finding ways to keep firearms secured while they go through what is often a temporary condition.

“Messages that would turn off gun owners would be counterproductive,” Sanetti said.