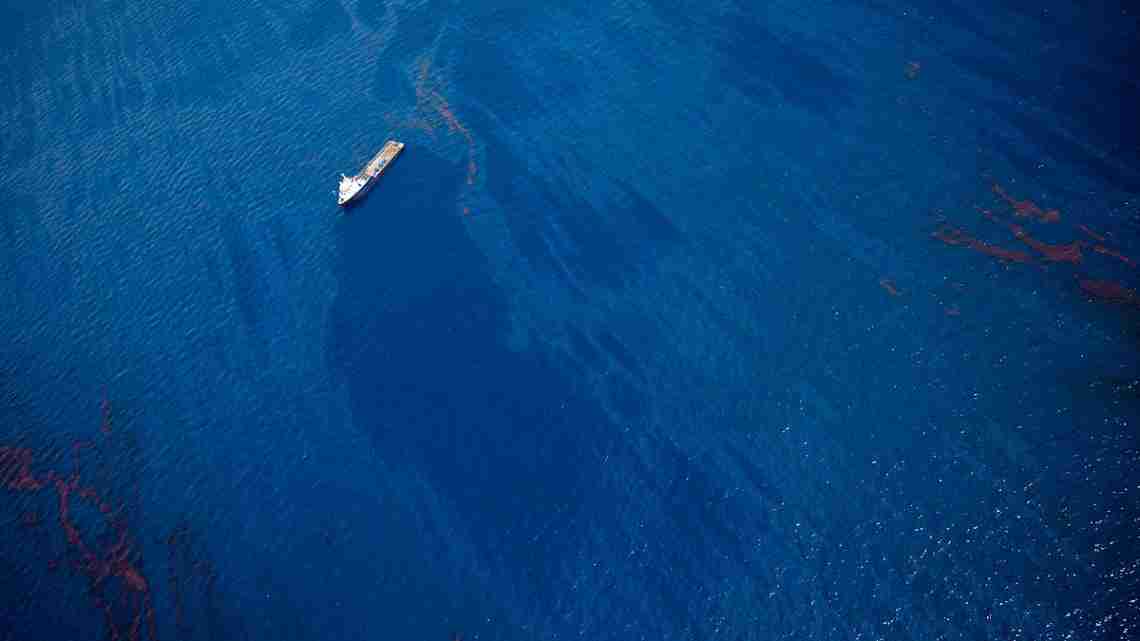 Oil slick in the Gulf of Mexico.

BATON ROUGE, La. – Federal regulators have found fresh evidence of an “ongoing oil release” at the site of a 13-year-old oil leak in the Gulf of Mexico, where chronic sheens often stretch for miles (kilometers) off Louisiana’s coast, according to government lawyers.

In a court filing Friday, Justice Department attorneys said recent scientific surveys revealed two plumes of oil and gas flowing from where an underwater mudslide during Hurricane Ivan in 2004 top pled an offshore platform and buried the cluster of wells owned by Taylor Energy Corp.

The New Orleans-based company has repeatedly insisted there is no evidence that oil is seeping from any of its unplugged wells on the seafloor. The government’s court filing doesn’t address whether any of Taylor’s wells could be the source of the plumes.

“There is no evidence of an actively leaking well, and all evidence continues to support the conclusion of remnant oil that has long been trapped in sediment on the sea floor,” Taylor Energy spokesman Todd Ra gusa said in a statement Monday.

But the presence of the plumes could complicate the company’s efforts to negotiate a settlement that could allow it to recover millions of dollars it set aside for work to end the leak.

Taylor Energy sued the federal government nearly two years ago, seeking to recover up to $432 million from a trust it formed nearly a decade ago. The lawsuit has remained on hold for months amid settlement talks between the government and company.

Those negotiations were ongoing when the Interior Department’s Bureau of Safety and Environmental Enforcement conducted an underwater survey of the leak site in September, using a remotely operated vehicle. Earlier this year, scientists for the government and the company also performed a series of studies at the leak site.

The survey and studies showed the two “active plumes” emanating from a depression adjacent to and partly underneath the wreckage of Taylor Energy’s toppled platform, Justice Department lawyers said in Friday’s filing. They didn’t disclose any other details of their findings.

In its January 2016 lawsuit, the company said it had eliminated two oil plumes that were present at the site in Ivan’s aftermath. Sonar surveys “confirmed an absence of any plumes (well leaks) remaining in existence,” the company said in a November 2016 court filing.

Taylor Energy has argued nothing can be done to completely eliminate the persistent slicks on the surface. The company has claimed the sheens are coming from residual oil oozing from contaminated sediment.

Ragusa, Taylor Energy’s spokesman, said the recent detection of plumes “is not new information” and “merely refers to a well-known water column anomaly largely consisting of naturally occurring biogenic gas, which is prevalent in the Mississippi River Delta area.”