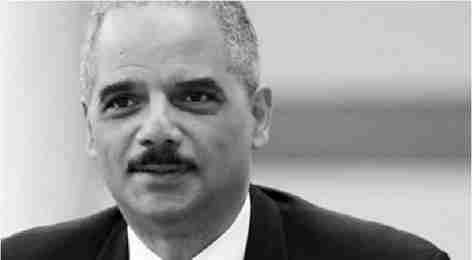 By TOM KRISHER AND BARBARA ORTUTAY

SAN FRANCISCO (AP) — Uber CEO Travis Kalanick will take a leave of absence for an unspecified period and let his leadership team run the troubled ride-hailing company while he’s gone.

Kalanick told employees of his decision in a memo Tuesday, just as Uber released a report from former U.S. Attorney Eric Holder with recommendations on how to correct a workplace that lacks diversity and tolerates sexual harassment, bullying and retaliation against those who reported problems.

Former engineer Susan Fowler posted a blog in February that detailed harassment during the year she spent at Uber, writing that she was propositioned by her manager on her first day with an engineering team. She reported him to human resources, but was told he would get a lecture and no further punishment because he was a “high performer,” she wrote.

Holder’s investigators conducted more than 200 interviews with current and former employees, including people who had knowledge of Fowler’s allegations, according to the law firm’s recommendations.

The Holder report makes it clear that Uber was not doing enough to protect workers from sexual harassment and retaliation, noting that company policies need to state directly that such conduct is prohibited.

In addition, Uber must require that managers immediately report discrimination, harassment or retaliation, and ensure that codes of conduct apply to offsite events and conferences.

The report also says Uber should use performance reviews to hold senior managers accountable by setting metrics for improving diversity and responsiveness to employee complaints.

Liane Hornsey, Uber’s chief human resources officer, said implementing the recommendations “will improve our culture, promote fairness and accountability, and establish processes and systems to ensure the mistakes of the past will not be repeated.”

Holder recommended that Kalanick be relieved of some leadership responsibilities, shifting them to a chief operating officer and other senior managers. The COO, yet to be hired, would be a partner with Kalanick.

Kalanick told employees he needs time off to grieve for his mother, who died in a May boating accident. He also says he’s responsible for the company’s current situation and needs to become a better leader – echoing comments the 40-year-old CEO made earlier this year after a heated argument between Kalanick and an Uber driver over pay was captured on video.

Uber’s board said it would review Kalanick’s responsibilities and reassign some to others. The board will continue its search for a chief operating officer with a background in diversity and inclusion.

The board also recommended adding independent directors and replacing its chairman, co-founder Garrett Camp, with an independent chairman. The board currently has eight voting members, three from within the company. The board also called for appointment of a senior executive to oversee implementation of Holder’s recommendations.

Holder recommends that Uber make sure its workforce becomes more diverse from the top down. Uber’s diversity figures are similar to the rest of Silicon Valley, with low numbers for women and underrepresented minorities. In the U.S., less than a third of the company’s workers are female.

In addition, the report says that diversity and inclusiveness should be a key value for Uber that’s included in management training. The word diversity appears 42 times in the 13-page recommendations document.

While Uber released Holder’s recommendations, the full report was kept private to protect the privacy of those filing complaints. The company’s board unanimously adopted all of the recommendations Sunday.

After Fowler posted her blog, Uber Technologies Inc. made changes in human resources and opened a 24-hour hotline for employees. Last week, the company fired 20 people including some managers at the recommendation of Perkins Coie, which separately probed specific complaints made to the company about sex harassment, bullying, and retaliation for reporting problems. That firm checked into 215 complaints, with 57 still under investigation.

Under Kalanick, Uber has disrupted the taxi industry in hundreds of cities and turned the San Francisco-based company into the world’s most valuable startup.

Besides the sexual harassment complaints, in recent months Uber has been threatened by boycotts, sued and subject to a federal investigation over its use of a fake version of its app to thwart authorities looking into whether it is breaking local laws.

The company has faced high turnover in its top ranks. Jeff Jones resigned as Uber’s president after less than a year on the job. He said his “beliefs and approach to leadership” were “inconsistent” with those of the company.

Experts interviewed this week by The Associated Press said Kalanick should step aside or at minimum change his behavior for the company to make progress.