US Black population: The biggest growth is in smaller U.S. cities 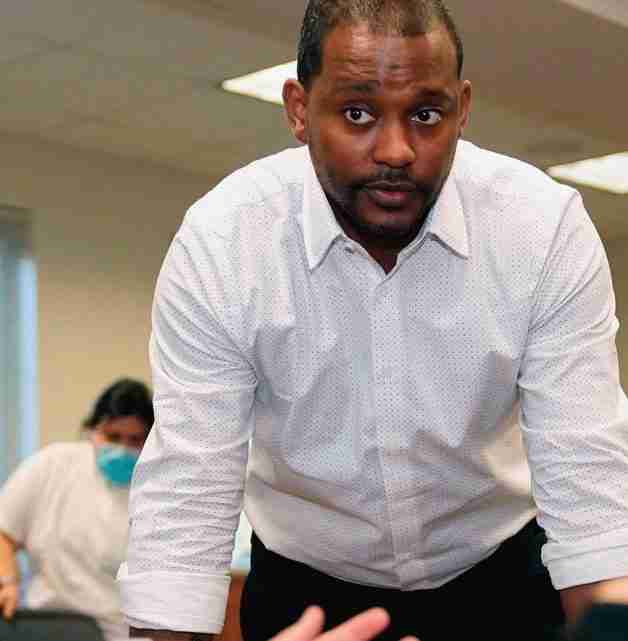 Brandon Manning and his wife were both born in the U.S. South and had been itching to return, but Manning didn’t want to go back to his native Atlanta because of the trafﬁc, housing costs and sprawl. So, when he was offered a job teaching at Texas Christian University in Fort Worth, Texas, the couple decided to give the smaller city a chance.

They weren’t alone. The largest African American population growth in pure numbers over the past decade didn’t take place in Atlanta or Houston, long identiﬁed as hubs of Black life, but rather in less congested cities with lower proﬁles: Fort Worth; Columbus, Ohio; Jacksonville, Florida; and Charlotte, North Carolina. Each gained between 32,000 and 40,000 new Black residents from 2010 to 2020, according to 2020 census ﬁgures.

“The sprawl of a Houston or an Atlanta, it’s just massive and trafﬁc makes it hard to get around,” said Manning, an assistant professor of Black Literature and Culture, who moved to Forth Worth from Las Vegas. “We wanted something that was manageable.”

The Mannings are part of an emerging pattern of Black migration from larger cities to smaller ones, primarily in the South, according to Sabrina Pendergrass, an assistant professor for African American and African Studies at the University of Virginia.

After a decadeslong migration by Black people to Atlanta, “there’s this feeling that … it might be tougher to get an economic foothold if you wanted to open a business,” Pendergrass said. “In cities like Charlotte, there’s not as much competition.” From the 1910s to the 1960s, millions of Black Americans took part in the Great Migration, moving to northern cities to escape the overt racism of the Jim Crow South. But many learned over time that racism was also pervasive in northern cities, in less-obvious but equally insidious forms such as home loan restrictions that reinforced segregated neighborhoods. Now, in a trend known as “reverse migration,” some of the grandchildren and greatgrandchildren of those original migrants have been moving back to Southern cities for years.

According to the 2020 census, African Americans make up 14% of the U.S. population, 58% of whom live in the South. Those ﬁgures could vary slightly, as the Census Bureau reported last week that 3.3% of the Black population was undercounted in the 2020 census, a rate higher than in 2010.

Moving back to the region was important to the Mannings, who have rela tives in Jackson, Mississippi.

“We needed to return to the South to be closer to family and closer to a way of life that we were more familiar with,” Brandon Manning said.

Fort Worth, Columbus, Jacksonville and Charlotte all saw explosive growth from 15% to 24% in their overall populations over the past decade. The Black population grew at about the same rate in three of the cities and exceeded it in Fort Worth. For this report, The Associated Press focused on individual cities rather than larger metropolitan areas to get a more nuanced sense of where Black population growth took place.

Columbus is the only city included in the newest areas to which Black people are moving that is not in the South. David Jones recalled that when he visited his grandparents in Columbus in the 1970s and `80s, the restaurant scene consisted of “Ponderosa after Ponderosa.” Now, he said, it’s a “real” city with diverse eateries and a vibrant culture. Jones discovered the change when he moved there from Washington in March 2020 to pursue a romance and be closer to family.

“It has that Midwestern relaxed nature. It’s more relaxed than D.C., where everything is a little more stressful, certainly more expensive,” he said. “The people here are just more genuine. They’re not always looking to get something from someone else. I think it’s refreshing.” Ohio State University, a large number of corporate headquarters, a diverse manufacturing base, a relative low cost of living and a burgeoning arts community make the city attractive, said Columbus Councilmember Shayla Favor.

“There are a lot of opportunities for individuals to move upward,” Favor said.

The city’s politics reflect the influx: A U.S. congresswoman and the city council president, police chief and schools superintendent are all African American. Columbus also has had an influx of Somali immigrants, reflecting the fact that roughly 10% of Black people in the U.S. were born in another country.

Black professionals moving from northern cities to Charlotte to take banking and tech jobs over the past decade not only helped North Carolina become more of a purple state politically, they also brought along their culture. Pendergrass notes that she learned “Chicago steppin,” a popular style of dancing, not in the Windy City but in Charlotte, where she was doing research.

In many ways, it’s a case of cultural boomerang, just as Black culture in northern cities was shaped by the experiences migrants from the Great Migration brought from the South, Pendergrass said.

“Now we have people moving South, and they are almost remixing it in this Southern context,” Pendergrass said.