What’s cool for back to school? A fresh look

NEW YORK — For kids of all ages, one big thing helps soften the blow of summer turning into fall: fresh and fun back-to-school gear.

Supplies with popular licensed characters from movies, TV shows and books always make a splash among younger kids, while older ones contemplate design and functionality for everything from middle-school lockers to dorm rooms.

This year, the rambunctious little yellow Minions with the big goggles have their own feature-length film spinoff from the Despicable Me” franchise, and have surfaced on backpacks and notebooks available at Target.

A new take on Charlie Brown in another theatrical release, The Peanuts Movie due out in November, might have something to do with two choices in Snoopy-theme soft lunch bags from Target, including one with the famous beagle snoozing on top of his equally famous doghouse.

At Staples, students at two middle schools will see the fruits of their labor hit shelves. They were chosen to work in teams to come up with school supplies of their own for the company’s new Designed by Students Collection.

Among the winning products: The Big Pen, a pencil case that looks like a pen or pencil and actually writes. It comes in versions that are highlighters, ballpoint pens, markers and mechanical lead pencils. The cases include a pencil sharpener and real erasers at one end. Refills are available for the writing-implement part.

Another of the student designs chosen is an ingenious locker organizer that zigzags vertically to create nifty cubicles. The Floating Shelf comes in color combinations worthy of boys and girls — neon green and gray, purple and pink, and black and dark blue.

Alison Corcoran, senior vice president of marketing for Staples, said the company worked closely with about 48 students in all, from Middle School 88 in Brooklyn and the Ron Clark Academy in Atlanta. About 14 products are included in the collection.

For high school and college students with an eye for color and sleek contemporary design, a stop at Poppin.com might go a long way in desk supplies, dorm storage and other gear.

Dorm rooms remain, well, dorm rooms, so space is at a premium. Poppin sells a storage unit called the Box Seat for the college contingent tired of the milk-crate look. It’s covered with fabric in light and dark gray, navy, orange, red and pool blue, and is sturdy enough to withstand 275 pounds.

Givebacks have grown among companies doing business in back-to-school. Many offer buy-one-give-one programs to kids and classrooms in need, or they’ll fill donated backpacks with school supplies to donate.

At Yoobi, entertainer Usher curated a spate of new supplies in that vein. The Yoobi X Usher collection was designed by artist Jonni Cheatwood and features five prints for more than 20 products, ranging from blue paint drips to pink-and-green splatters in binders, notebooks, pencils, pencil cases, folders and journals. For every item purchased, Yoobi donates an item to a worthy classroom. The collection is available at Yoobi.com and in Target stores nationwide.

It’s not the first education-focused collaboration for Usher, who has two school-age sons. They, too, had a hand in the project, the singer said by email.

“I looked at what colors they were drawn to and in a very sly way, I’d show something to them and ask, ‘What do you think about this? Do you like this color?’ That helped me curate the collection,” he said. 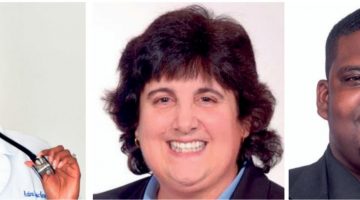 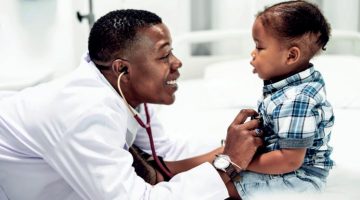 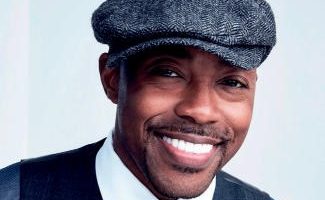