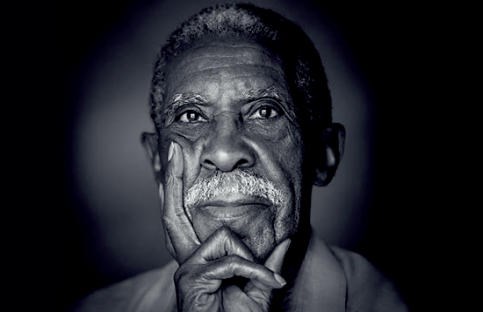 The ceremony will be held on Thursday at the Ralph Brown Draughon Library where a plaza was recently created to accompany the marker, WSFA-TV reported.

Scheduled to speak at the event are Franklin’s son, Harold Franklin Jr., Auburn University President Jay Gogue, Auburn Board of Trustees member Elizabeth Huntley and Kenneth Kelly, a 1990 Auburn graduate and chairman and CEO of First Independence Bank of Detroit.

The honor comes two months after Franklin’s death. He was 88.

Franklin integrated Auburn as the university’s first Black student on Jan. 4, 1964. He was a Graduate School enrollee who went on to a successful 27-year career as an educator in higher education after leaving Auburn in 1965. He earned a master’s degree in international studies from the University of Denver and taught history at Alabama State University, North Carolina A&T State University, Tuskegee Institute and Talladega College before retiring in 1992.

Franklin initially was not allowed to defend his thesis at Auburn, a wrong that was righted last February and he participated in fall 2020 commencement exercises. In 2001, Auburn awarded Franklin with an honorary Doctor of Arts and in 2015 erected the historic marker near the library where he first registered for classes.

The event is open only by invitation but the public can watch the ceremony online at https://ocm.auburn.edu/livevideo/franklinceremony/.