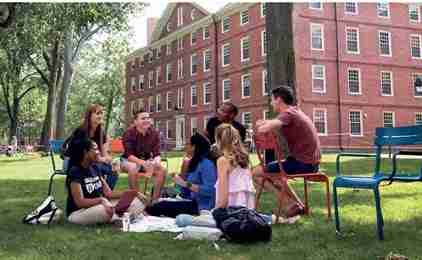 WASHINGTON (AP) – In its latest push to end the use of race in college admissions, the Trump administration on Thursday accused Harvard University of “engaging in outright racial balancing” and sided with Asian-American students who allege the Ivy League school discriminated against them.

Harvard denied the bias claim and said it would defend the right to consider race as a factor in admissions.

The Justice Department weighed in on a lawsuit filed in 2014 by Students For Fair Admission, which argues that one of the world’s most prestigious universities discriminates against academically strong Asian-American applicants in favor of others who may be less qualified.

The agency said in a “statement of interest” that Harvard has failed to demonstrate that it does not discriminate on the basis of race and that its use of personal qualities in determining worthy applicants “may be infected with racial bias.”

The Supreme Court permits colleges and universities to consider race in admissions decisions, but says that must be done in a narrowly tailored way to promote diversity and should be limited in time. Schools also bear the burden of showing why their consideration of race is appropriate.

In Harvard’s case, Justice Department officials said, the university hasn’t explained how it uses race in admissions and has not adopted meaningful criteria to limit the use of race.

“No American should be denied admission to school because of their race,” Attorney General Jeff Sessions said.

Sessions said Harvard’s use of a “personal rating,” which includes highly subjective factors such as being a “good person” or “likability,” may be biased against AsianAmericans. Sessions said the school admits that it scores Asian-American applicants lower on personal rating than other students. Sessions also argued that Harvard admissions officers monitor and manipulate the racial makeup of incoming classes.

Harvard said it was disappointed that the department was “recycling the same misleading and hollow arguments that prove nothing more than the emptiness of the case against Harvard.”