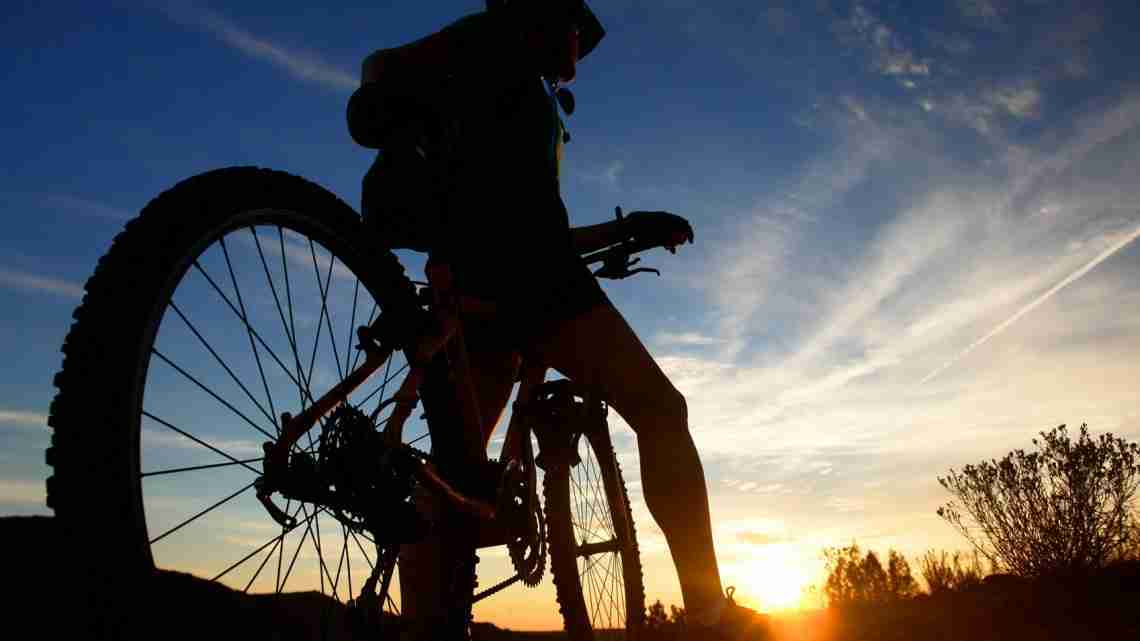 Longhurst didn’t do it to save the planet or because he doesn’t like cars _ Longhurst owns both bikes and a car. But the spike in gas prices that year made him re-examine just how much he drives, especially for short trips, and led him to take a look at the long history of bicycles in America.

His studies have culminated in the book “Bike Battles: A History of Sharing the American Road,” where Longhurst examines the history of public policy and law surrounding bikes and the conflicts that arose between bike riders, pedestrians, motor vehicles and cities trying to accommodate different forms of transportation. An urban and environmental historian, Longhurst is interested in ways cities relate to their surroundings and the effects policy decisions have on people’s lives.

“We are now having a huge fight over bikes and reintroducing them to cities,” he said. “People get into huge fights about them and whether they should be on the road.”

Longhurst is conducting a Midwest tour to highlight his book. Along with visiting La Crosse, the tour includes stops in Rochester, Minn., Madison, Milwaukee and Chicago. During his stop in La Crosse, members of the Driftless Region Bicycle Coalition led a bike ride to Pearl Street Books for the book signing and reception.

America is in the midst of the largest bicycle boom since the 19th century, Longhurst said. “Bike Battles” looks at forgotten history of the bike and picks out six historical battles that still affect today’s debates about the bicycle.

The battles aren’t strictly between bikes and cars, he said, but about transportation in general and urban planning. For example, one of the battles cited in the book was over the separate bike trails and the sidepath movement in cities in the 1890s. During World War II, there were discussions about the Victory Bike program, where the government encouraged bike riding during gasoline and rubber rationing.

Battles also have taken place over how people view bikes. Bikes were classified vehicles in the 1870s for regulatory purposes, paving the way for automobiles in later decades. There have been debates about whether bikes are for recreation or for transportation, with different kinds of riders having diverging views on the bike.

That’s one of the tricky things about its history, Longhurst said. Each generation has had its own views about the bike, he said, and it has meant many things to different demographics.

In the 1970s, the bike gained popularity with athletes, which has continued to this day. In other eras, the bike was alternately the vehicle of the working class and a stylish ride for the rich and elite. As the bike has evolved, it has been difficult to craft public policy around it, and today’s political dysfunction hasn’t made things easier.

Successful policymakers won’t be able to ignore issues around bicycles, Longhurst said, as the bike boom continues amid pressures of downtown parking, the costs of road construction and public health issues such as obesity. While La Crosse has had a number of early successes in developing itself as a bike-friendly community, Longhurst said, the goalposts are constantly moving forward, and much of Wisconsin is falling behind.

“The rest of the nation is getting better, faster,” he said. “Wisconsin is falling behind in bike-friendly rankings for states.”

A lot of people are interested in bikes, Longhurst said, but aren’t as interested in academic work and dry urban and environmental policy. That’s what the book is for. He said it takes these concepts and makes it accessible to a more general audience.

“It’s not about the bike,” Longhurst said. “I continue to be interested in cities and the decisions we make to make them better. But the bike is a vehicle to explore that.”