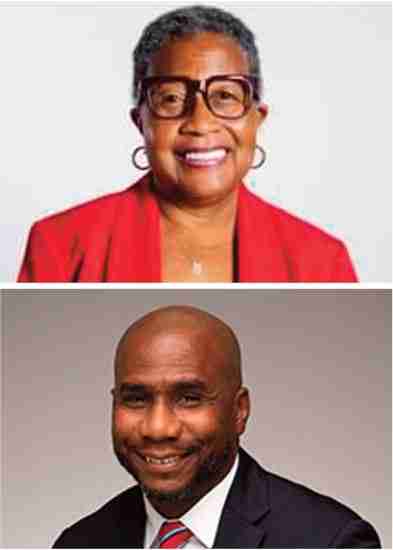 Riviera Beach, Fla. — After Tuesday’s election, it appears the Riviera Beach mayoral race is headed for a runoff. It wasn’t a close vote, but still, incumbent mayor Ronnie Felder failed to get the 50 percent majority needed to win outright. He’ll have to battle it out in a runoff. He received 49 percent, just shy of the 50 percent majority. Coming in quite a distance behind Felder was former councilwoman Billie Brooks, who garnered a distant 28 percent of the vote.

But still it appears the two will face each other in a runoff in two weeks on March 22.

In the hotly contested and controversial race, both Felder and Brooks told the press Tuesday night they’re ready to hit the ground running over the next two weeks. Brooks has the support of the predominantly White Singer Island section of the city. Although Riviera Beach is a predominantly Black city, Singer Island, across the Blue Heron bridge, is known to be able to make or break elections because of its constituents’ voting consistency. The residents of Singer Island show up to the polls overwhelmingly in most elections.

But Singer Island voters couldn’t push Brooks over the threshold Tuesday. She garnered just over 1,300 votes, while Felder gained over 2,300 votes. Felder

had the support of the predominantly Black west side of the waterfront city. Felder has been endorsed by the Palm Beach Post.

Meanwhile, all incumbent commissioners in the city, with the exception of one runoff, were returned to their seats resoundingly. Incumbent Douglas Lawson of District 5, won re-election by a large margin over opponent William Wyly. Lawson garnered over 52 percent of the vote, and Wyly gained over 33 percent. Lawson had a three-year record of achievements in the city, while many knew and respected Wyly’s mother, Barbara Wyly, an educator for three decades at the city’s Suncoast High School. Even though Lawson admitted it was an exhaustive and at times emotionally draining due to the sometimes nastiness that comes with the territory, the voters spoke and overwhelmingly put him back in ofﬁce.

In District 1, Incumbent Tradrick McCoy, whom many consider to be the most vocal and even an argumentative councilperson, was nevertheless, brou-ght back soundly. He received 57 percent of the vote while his opponent, Rod James, received 42 percent. From the dais at the June 2 council meeting, McCoy, the object of accusations from some members of the public regarding his tone and demeanor, explained that despite his vernacular and persona, he’s passionate about the constituents and that he loves the residents and the city. Despite the negative comments leveled at him by a few, he commanded a formidable win Tuesday.

Council Chairperson Shirley Lanier, who has at times received death threats, also gained a signiﬁcant lead Tuesday in District 3, but will still have to face a runoff. She and opponent Marvelous Washington will face each other March 22. Lanier received 43 percent of the vote, to Washington’s 29 percent. Washington will be a political newcomer if she is victorius in the runoff. Also in that race was longtime Riviera Beach former councilman Cedrick Thomas. He came in third place behind Lanier and Washington.

Lanier, as the chairwoman, is also considered rather vocal and some say abrasive in tone, but despite all, is the Palm Beach Post’s pick. The paper endorsed her.

So, despite a tumultuous campaign season with hotly contested challengers, Riviera Beach residents made a staunch statement Tuesday indicating they prefer to stick with who they’ve got during the city’s Reimagine Riviera Beach efforts.

Next post US, corporations ban all Russian oil, energy imports