While many retailers have announced plans to open early on Thanksgiving Day to begin the holiday shopping season, Wal-Mart is going a step further. The world’s largest retailer will rollback prices on more than 20,000 items in addition to matching prices of its competitors.  Let the price wars begin.

Boynton Beach police officer Stephen J. Maiorino, 35, is being held without bond on armed rape charges. The victim reported that he had forced her to perform oral sex inside his squad car in the police station’s parking lot. Then he drove her to a vacant field a short distance away and raped her. The victim took investigator to the location where the alleged rape occurred and they found a discarded condom and other evidence.

Jasmine Nequeshia Walker, 24, argued with her boyfriend at their West Palm Beach apartment and threw his clothes outside. A neighbor gathered the boyfriend’s belongings and took them inside his apartment. She then went inside the neighbor’s apartment and unsuccessfully tried to set the clothes on fire. She was able to use lighter fluid and set a window frame ablaze. There were no injuries and the fire was quickly extinguished. Walker faces multiple charges including burglary, arson and criminal mischief.

The Sawgrass Mills Mall is expanding, and not a little. Dozens of new shops will join the 350 existing ones in an 80,000-square-foot expansion that’s already under construction. It will mean jobs and more jobs. 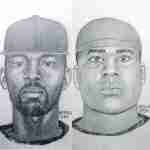 Hollywood Police have released a sketch of the suspect in the attempted abductions of two girls and a woman in downtown Hollywood. The incidents took place within the past two weeks and this is the second, updated sketch that has been released.  The incidents happened in a corridor bordered by Taft Street and Rodman Street, between North 21st Avenue and North Federal Highway on the morning of Oct. 17. The suspect is described as black, around 30-years-old, 5-foot-7 and weighing 130 to 140 pounds and wearing a baseball cap. Detectives ask anyone with information to call Broward Crime Stoppers at 954-493-8477. 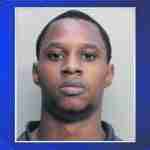 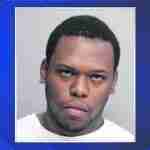 Ryan Joseph, 19, a man suspected of robbing retired Miami-Dade Judge Scott Silverman, has surrendered. Silverman was robbed at his Miami Shores home in September as he was getting out his car. Joseph is a North Miami High football player and his attorney has proclaimed his innocent. A second suspect believed to be involved, Marke Williams, was previously arrested.

University of Miami’s Bascom Palmer Eye Institute is the subject of an investigation. A bitter feud between Dr. Philip Rosenfeld and Dr. Timothy Murray is said to be at the center of a federal Medicare fraud investigation. Both work at Bascom and are highly regarded and respected in the medical field. Details of the investigation are leaking out and has the hospital and research institution reeling. Stay tuned.

Hal Mark Kreitman, 51, a Miami Beach chiropractor recently profiled as “the Alligator Whisperer” has been arrested. He is charged by state wildlife officers after a swim-with-alligators event, where he caressed and handled a wild alligator. Florida law prohibits such contact with the reptiles in the wild. Kreitman even posts pictures of his activities on his website, which led to an investigation. Book’em Danno!

Karen Cabanas Voss was tentatively hired as the city of Key West’s solid waste coordinator, but her employment was not finalized after she refused to take a drug test. She sued saying the city’s policies violated her rights and won. Now she is seeking the salary and benefits she would have received if she was hired.