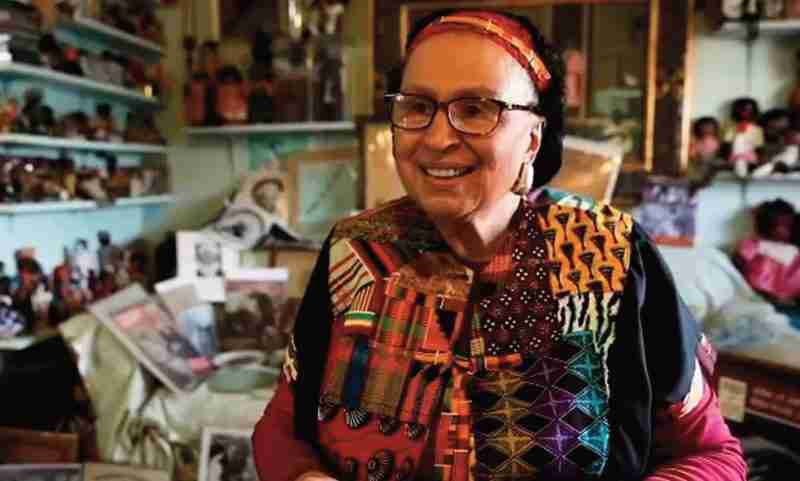 New York, NY. – Guernsey’s, the New York headquartered auction house, will be conducting an unprecedented auction of more than 20,000 historic African American objects owned by 90-year old Staten Island resident Elizabeth Meaders on Feb. 28 at 2 p.m. This important collection will be offered as ONE LOT on the last day of Black History Month.

It was admiration for baseball great and Civil Rights legend Jackie Robinson that started Meaders, then a young New York City school teacher, on her quest to assemble a collection truly reflective of the History and Culture of African Americans from the early and painful days of slavery right up to present times. Sixty years later, many qualiﬁed historians, including Henry Louis Gates, Jr., Harvard University and Gary B. Nash Endowed Chair in U.S. History, UCLA, view the collection as being quite possibly the best, most comprehensive assemblage of items relating to the African American experience in existence.

Created to present the many facets of African American life, the collection is divided into categories, including the Scourge of Slavery, the Struggle for Civil Rights, Blacks in the Military, in Sports, in the Arts and Entertainment, and Legendary Black Leaders. Other categories include Black Women, Religion, Politics, and Education. Rare medals awarded to Revolutionary and Civil War soldiers, the hateful robes of the Ku Klux Klan, baseball legend Satchel Paige’s rocking chair, posters from Harlem’s Apollo Theater and much more are part of the auction.

Hoping that her beloved collection will ﬁnd a home at a university or become an instant museum, Meaders has offered to accompany the collection, assisting its new owner in navigating through the many artifacts. Guernsey’s, known by many for its representation of the Rosa Parks Archive, is honored to be presenting this important body of material… emphasizing that the history of a people must never be overlooked.

The auction will be held online at liveauctioneers.com and invaluable.com, and conducted with Guernsey’s directly via the telephone at 212-794-2280 or written bids.

For auction registration and additional information please go to guernseys.com.