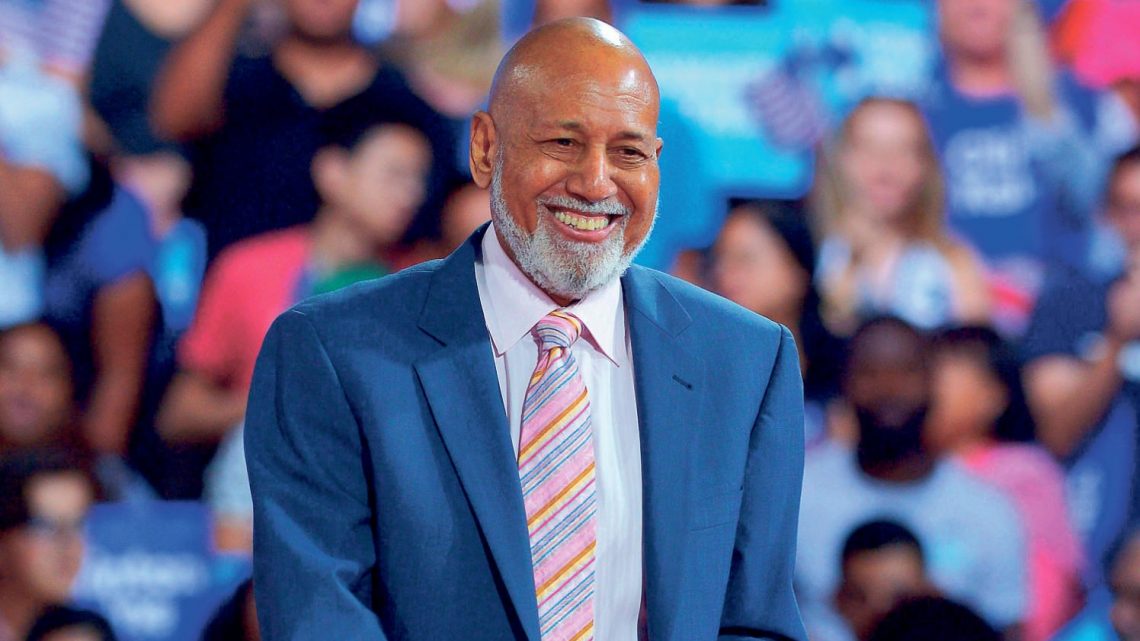 West Palm Beach, Fla. – Everyone knows where they were when they got the news. It’s as though the world stopped for a moment.

The pioneer, the activist, the friend to the downtrodden, the foe to the unrighteous, the father, husband, the consummate congressman, and the legendary elder statesman, Alcee Lamar Hastings, age 84, was gone. Even though it was known he was battling a tough illness – stage 4 pancreatic cancer – since late 2018, many who were used to his tenacity believed he could outlive anything. He was extraordinarily courageous. But as one admirer put it, “his body was tired, but his mind wasn’t. He had ﬁnished his course.”

The senior United States congressman died Tuesday morning at his Palm Beach County home. He mounted a valiant ﬁght against the dreaded disease, leaving behind a wife, Patricia Williams, three children, and hordes of supporters. Selflessly, he had asked that there be no public homegoing service to honor his life.

Since Tuesday, mourners around the globe have been expressing their sorrow and condolences, including those close to home.

“I am deeply saddened by the passing of my dear friend, colleague, and fellow Fiskite. He was the ﬁrst African-American man from Florida to be elected to Congress. He was a giant freedom ﬁghter for the lost and the left out, especially Black communities. He feared no man, he feared no institution, and he was not shy about voicing his dissent on any issue. He was also an inaugural member of the 5000 Role Models of Excellence Project and I will always remember the many kindnesses and contributions he made to the boys. He is leaving behind a an enormous legacy for generations yet unborn to cherish and emulate. He will be sorely missed,” she stated.

“I greatly admired him for his singular sense of humor and for always speaking the truth bluntly and without reservation. Alcee was outspoken because he was passionate about helping our nation live up to its full promise for all Americans.” Biden called him a trailblazing lawyer who grew up in the Jim Crow South.

The president of Florida A & M University, where Hastings graduated from law school, also issued a statement: “Florida A & M University joins with the family of Congressman Alcee Hastings in mourning his loss,” said President Larry Robinson, Ph.D. “A 1963 graduate of the original FAMU Law School, he was the longest-serving member of the Florida delegation,” said Robinson. “It is with great sadness that the FAMU College of Law acknowledges the passing of its esteemed alumnus. He’s a true friend to the reestablished College of Law,” said FAMU College of Law Dean Deidre Keller.

Miami-Dade County Commissioner Jean Monestime acknowledged how Hastings helped the Haitian community. “He urged President Obama—by simply the stroke of a pen—to allow Haitians already in this country to remain and work here legally to send money to their impoverished families. He urged lawmakers to grant Temporary Protected Status to undocumented Haitians so they are not deported to their storm-ravaged and politically unstable homeland.

Riviera Beach Councilman Douglas Lawson concurred that Hastings was concerned about those who were marginalized. “He was a fervent warrior for those that have been historically marginalized and silenced and worked until his last days to create opportunities for communities of color, children and immigrants. I have always admired his kindness and tenacity and his willingness to give.”

Norman Taylor, former Broward County Director of Economic Development, says Hastings had a profound impact on his life dating back to the 1960’s. “I ﬁrst met him in 1969 when I was President of the Student Government Association at Bethune Cookman College. Attorney Hastings had already gained notoriety as a ﬁery orator, and was invited to speak to the entire student body at BCC. I thought I had met Dr. Martin Luther King, Jr. and Malcolm X wrapped in one body, reincarnated!” Later, when Taylor moved to Fort Lauderdale he met with Hastings again. “With his help, and Dee Hastings, my life’s work began in Broward County and in the State of Florida. I will be eternally grateful for Alcee Hastings in my life,” Taylor stated.

But he touched people from all walks of life, many wanting to help when he got ill and repay his kindness. Dr. Elizabeth Alderman, an education trail-blazer, knew him for decades, and during his sickness, purchased soursop fruit and drinks for him because of its anti-cancer properties. Hastings was forever grateful to Alderman and told her so in a telephone call.

Though he lived a storied life, albeit one of trials and tribulations, Congressman Alcee Hastings will forever go down as a legend in our time.