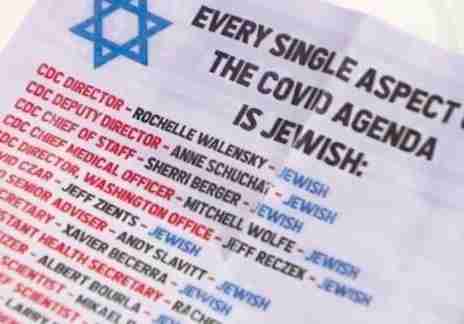 In a photo Gelber posted, half of the flyer is legible. It lists of some of the health ofﬁcials in Washington leading the response to COVID-19 and says they are Jewish.

As a precaution, Gelber and Surfside ofﬁcials said patrols were being stepped up in neighborhoods and at religious institutions. Local and federal law enforcement agencies were investigating the flyers’ origins, ofﬁcials said.

“There is no place for this in our community & we will do all we can to make that point clear,” Gelber tweeted.