Rodney Chavers allegedly shot and killed 42-year-old Tarrie Wilder and then according to several witnesses, went to a local strip club to “get his mind off what had happened.” A Riviera Beach police officer heard shots fired in the area of West 4th Street and Old Dixie Highway. The shell casings and Wilder’s body were lying on the street. Witnesses identified Chavers as the suspect and police tracked him down. 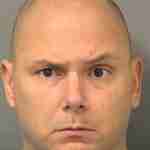 Dean Fenrich, of Riviera Beach, is charged with solicitation of a parent, traveling to meet a parent and carrying a concealed weapon in commission of a felony. He posted a message online seeking mothers interested in ‘taboo sex.’ When police responded to the message seeking clarification, he responded to what he thought was a mother who had a 10-year-old daughter. Fenrich then allegedly explained he wanted to engage in group sex with the mother and the 10-year-old girl. Fenrich agreed to meet and when he showed up, he was arrested. 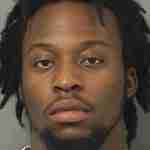 Palm Beach police arrested Jetro Petit Louis, 23, of Boynton Beach after catching him having sex with a 15-year-old girl inside a car at Phipps Ocean Park. He is charged with lewd and lascivious battery and marijuana possession. The girl told police she lied to Louis about her age. 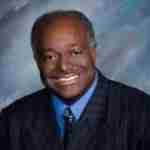 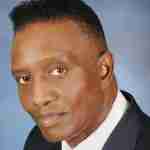 Elected officials, community leaders and even a presidential candidate participated in the 30th anniversary service for the Worldwide Christian Center. Among those giving honor to church founder and pastor, Rev. O’Neal Dozier, was U.S. presidential candidate Dr. Ben Carson.  In a video tribute, Dr. Carson congratulated Rev. Dozier and wished the congregation well.

Sean Francis Tucker, 22, has been identified as the self-termed Parkland Peeper. He is charged with burglary, voyeurism and prowling. He is linked to more than a dozen reports of a “Peeping Tom” in the Landings Estates and Grand Cypress Estates communities. He was arrested after a neighbor caught him peering through a window and watching the man’s wife taking a shower. Tucker confessed and is being held on an $80,000 bond. 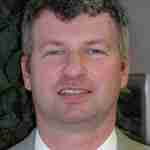 Burgess Hanson will remain as Deerfield Beach’s city manager. He had been named one of four finalists for the administrator position in Marion County. City officials countered with an offer of a $19,000 pay increase, bringing his annual salary to $185,000. Also, he will no longer be required to live in the city. 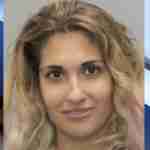 Eleanore Stern, 31, of Coral Spring was captured on video fighting and battering a Florida Highway Patrol trooper. The video shows her kicking him in the groin area several times. Stern was upset because she was asked to leave the driver’s license office in Deerfield Beach, reportedly because she did not have the proper documents. The trooper came to ask her to leave and she attacked him by kicking and scratching him. She was only charged with resisting arrest without violence and was released from jail on a $100 bond. The trooper should be commended for his patience and restraint demonstrated in the attack. Stern should have been tested to determine if she was on flakka or other drugs. Why wasn’t she charged with felony battery on a law enforcement officer for her violence and bizarre behavior?

Miami Mayor Tomas Regalado glowed in the success of his Pit Stop program, which installed portable toilets around the downtown area. The $500,000 annual cost is praised as a bargain. It is funded in part by the Downtown Development Authority and complaints about waste cleanups have dropped. Considering the number of events that are held in downtown Miami, it makes sense to provide portable or permanent water fountains and restroom facilities.

About a dozen prisoners from Bangladesh are refusing to eat. They are being held at the Krome Detention Center. Some have medical issues and health care providers are monitoring their conditions. The men were caught trying to enter the US along the Texas border in 2014. Immigration officials have filed a petition in federal court seeking permission to force feed them and provide treatment. 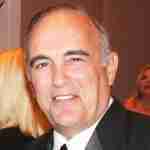 As expected, Monroe County Administrator Roman Gastesi’s proposal to extend his contract was approved. County commissioners voted four to one to extend Gastesi’s contract for an additional four years. He was hired in 2008 to replace Tom Willi, who was fired. Mayor Heather Carruthers led the four vote majority. Commissioner Danny Kolhage was opposed.

Fred “Dave” Clark, founder of the defunct Cay Clubs Resorts and Marinas, which federal authorities say was nothing more than a $300 million Ponzi scheme, has been convicted.  He was found guilty on three counts of bank fraud, three counts of making a false statement to a financial institution and one of obstructing the U.S. Securities and Exchange Commission investigation. Clark, 57, is also accused withdrawing $22 million from Cay Clubs bank account to use for his lavish lifestyle, which included buying luxury waterfront homes, exotic cars, planes and boats. More than 1,400 investors and financial institutions lost money on Cay Clubs.