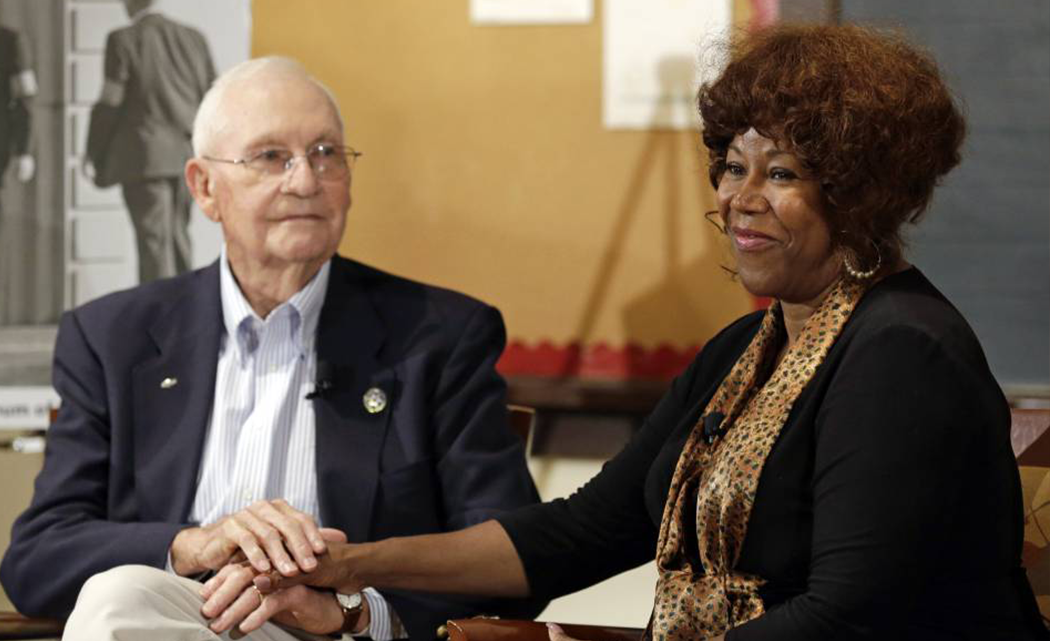 “You almost feel like you’re back in the `60s,” said Bridges, who is now 60 years old. “The conversation across the country, and it doesn’t leave out New Orleans, is that schools are reverting back” to being segregated along racial lines, she said. “We all know that there are schools being segregated again.”

On Friday – 54 years later to the day when she first walked up the steps to William Frantz Elementary School – she commemorates that event with the unveiling of a statue in her likeness at her old school. Also, she is reuniting with the white teacher who taught her and with the sole-surviving U.S. marshal who walked her to school. Her mother, who was adamant about sending her daughter to the all-white school, will be at the reunion too.

She pointed to the tense events in Ferguson, Missouri, after a police officer shot and killed an unarmed black man, revelations about racist comments made by owners in the National Basketball Association and how so many American schools have failed to become racially mixed.

Back in 1960, Bridges, flanked by U.S. marshals, had to walk past a mob of jeering segregationist protesters and Confederate flags to enter her school. One woman shouted threats to poison her. Another woman showed up at protests with a coffin with a black baby doll in it. All the white students at the school were pulled from classes and teachers quit – leaving Bridges as the school’s only student.

Bridges said racism was a problem before President Barack Obama’s election but that his presidency has fueled racism.

“Race is a very hot topic right now,” she said.

She looks at her own experiences as evidence of a new segregation.

For example, white students returned to William Frantz and the school became integrated, she said. She added that she went to integrated middle and high schools in New Orleans. Fast forward to today: The school now occupying the William Frantz building is 97 percent black, according to school data.

In New Orleans, after integration, whites generally sent their children to private or parochial schools – and that preference continues today. Blacks today make up 86 percent of the public school enrolment, according to 2013 data from the Cowen Institute for Public Education Initiatives at Tulane University.

She called demographic shifts since Hurricane Katrina – whites now make up a higher percentage of the city than before the 2005 flooding of the city – as evidence of gentrification rather than integration of schools and neighborhoods.

She wondered why lawmakers and school officials can’t do more to make schools more racially mixed.

“How did we integrate schools back in the 1960s? If those people did it back then, I can’t understand why we can’t do it today for the betterment of a community or for a society.”

She said the key to a more integrated society lies with children.

“Kids really don’t care about what their friends look like. Kids come into the world with clean hearts, fresh starts,” she said. “If we are going to get through our differences, it’s going to come through them.”

Since the mid-1990s, Bridges has become a speaker at schools across the nation, telling her story and talking out against bullying.

Next post RESIDENTS OF TOWN NEAR FERGUSON WARNED: BE READY