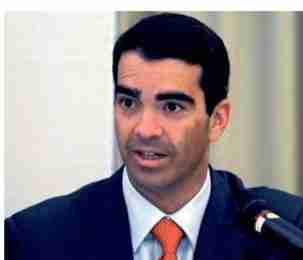 SAN JUAN, Puerto Rico – Economists austerity warned on Friday that Puerto Rico’s decade-long recession will only deepen if it does not attract investors and stimulate its economy to offset an austere new fiscal plan for the U.S. territory’s cashstrapped government.

The warning came during a meeting by a federal control board that oversees the island’s public finances to explore ways to revive the economy after a nearly decade-long recession.

The austerity measures imposed on the island’s government “will not in themselves be enough to pull Puerto Rico out (of) its economic crisis,” said board chairman Jose Carrion. “Economic development must be a priority.”

Economists told the board that the austerity measures could shrink Puerto Rico’s economy four percent. They said the island needs to reduce its power bills and regain access to the capital markets amid multi-million dollar defaults on public debt, but warned that the benefits of planned infrastructure and tax reforms will not be seen for five to 10 years.

Economist Gustavo Velez said Puerto Rico needs up to $8 billion in private sector investment a year to help pull the island out of its crisis as it seeks to restructure some $70 billion in public debt.

It won’t be an easy feat, economist Jose Joaquin Villamil said. “We’re not starting from zero, we’re starting from below zero,”
he said.

He also said he expects to privatize some of the 340 services that the government provides, and he urged the U.S. Congress to take action on recommendations presented by a group that it created to help find ways to stimulate the economy.

“If those (recommendations) are ignored … this entire experiment will be a complete failure,” he said of a rescue package approved by Congress last year that included creation of the board.

The eight-hour meeting Friday was the first session the board has held in the capital of San Juan. It drew hundreds of students out of tens of thousands who went on strike last week to protest $450 million in proposed cuts at Puerto Rico’s largest public university, prompting the board to announce that it would meet with student leaders. Dozens of police officers were stationed outside the meeting’s venue.

Nearby, 45-year-old telemarketer Wendy Almonte sold T-shirts out of her car that featured protest slogans and a black Puerto Rico flag.

“I started doing this because I don’t make enough money,” she said, adding that one of her two sons requires expensive medical care that she struggles to find amid an exodus of doctors to the U.S. mainland because of the crisis.

She said that while she fears the upcoming austerity measures, she doesn’t blame the board.

“We got ourselves into this mess,” she said. “The creditors aren’t guilty … It’s those (expletives) in the government who invested in so many things and made us believe there was enough money available.”

Next post Winery uses condoms, tropical fruit to make own brand of wine