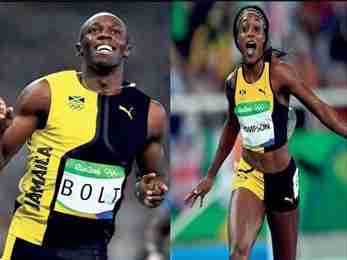 America is a nation of immigrants, many of whom did not come here legally. Someone probably needs to share that with the rabid anti-immigrant Republican base. I’m pretty sure no European asked permission of the original inhabitants when they arrived 524 years ago, so in fact even they were unwelcome intruders. Some of us are trying to move beyond the ‘us versus them’ narrative, while others continue to fight like they have exclusive rights to this captured land.

Wherever you’re originally from though, around this time of year we all come together in a worldwide cumbaya moment. A peaceful respite where nations from around the world enter a knock-down, drag out, battle to the death over whose country is better than whose. If you are a recent immigrant, the Olympic season creates a difficult conundrum. Which country do you root for?

If you’re from a country with a small or non dominating team you probably can’t relate so we’ll leave you out of this discussion (she said with a sly, patronizing smile). For those of us from countries like Jamaica, it’s a serious problem. In most competitions, we’ll cheer for the US unless there’s another Caribbean or maybe an African country in contention. But, come on now! When you’ve got Jamaicans and Americans in a sprint, how can you possibly expect us to choose red, white and blue over black, green and gold? It ain’t gonna happen.

You can imagine my personal bitterness when an American news outlet reporting on the women’s 100 meter headlined an article something to the effect of “American Wins Silver, Dethrones Jamaican.” It seemed to show a lack of respect for my home country, because the American Bowe and the injured Jamaican two time former gold medalist Fraser-Pryce were in fact beaten by another Jamaican – Thompson, who set a new world record with that run.

Bowe certainly deserves to be honored and revered, as does every athlete who even makes it to the Olympic games. But to the media who seek to diminish Jamaica’s achievements to make America seem more dominant than they are in this space, sorry friends. Jamaica is still number one!

Calibe Thompson is a video media producer, speaker and author. Learn more about her services at www.islandsyndicate.com and watch her on ‘Island Origins’ Mon at 10:00PM and Tues, Thurs and Sat at 9:00PM on South Florida’s BECON-TV (Ch 63 / Comcast 19).

Next post It's time to seriously ask, can we rebuild Black Wall Street?