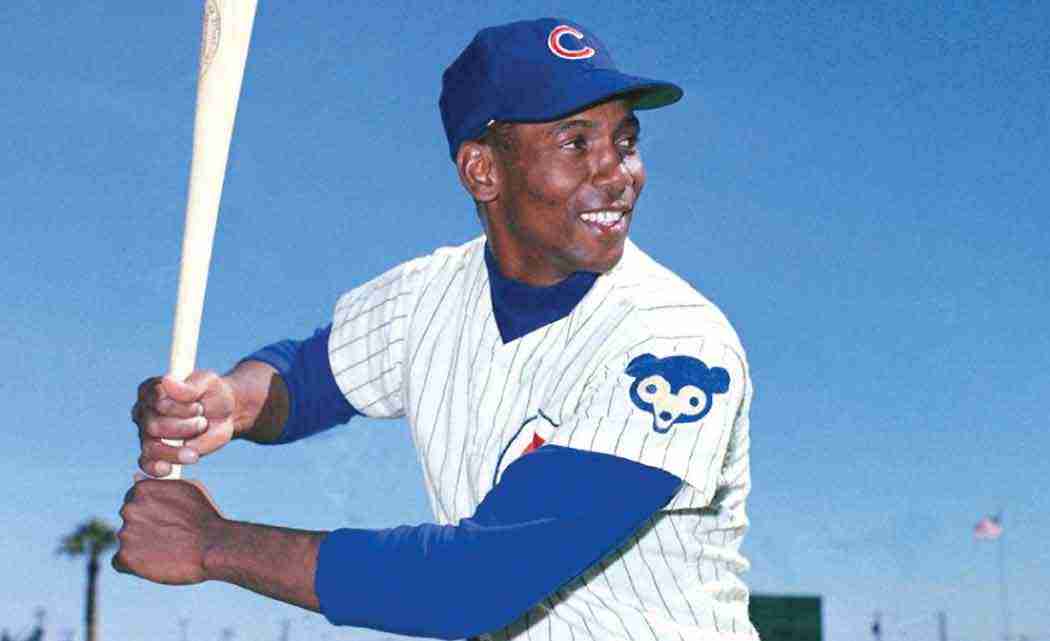 Even as the Chicago Cubs lost one game after another, Ernie Banks never lost hope.

Banks, the Hall of Fame slugger and two-time MVP who always maintained his boundless enthusiasm for baseball despite decades of playing on miserable teams, died Friday night. He was 83.

The Cubs announced Banks’ death, but did not provide a cause. His family noted that he died of an apparent heart attack.

Banks hit 512 home runs during his 19-year career and was fond of saying, “It’s a great day for baseball. Let’s play two.” In fact, that sunny finish to his famous catchphrase adorns his statue outside Wrigley Field.

And on a cold winter night Friday in Chicago, the ballpark marquee carried the sad news for the entire town to see: Ernie Banks. “Mr. Cub.” 1931-2015.

“Words cannot express how important Ernie Banks will always be to the Chicago Cubs, the city of Chicago and Major League Baseball. He was one of the greatest players of all time,” Cubs chairman Tom Ricketts said in a statement. “He was a pioneer in the major leagues. And more importantly, he was the warmest and most sincere person I’ve ever known.”

“Approachable, ever optimistic and kind hearted, Ernie Banks is and always will be Mr. Cub. My family and I grieve the loss of such a great and good-hearted man, but we look forward to celebrating Ernie’s life in the days ahead.”

In a statement Saturday, President Barack Obama and first lady Michelle Obama expressed their condolences “to the family of Ernie Banks, and to every Chicagoan and baseball fan who loved him.” The president said Banks became known as much for his optimism and love of the game as his home runs and back-to-back National League MVPs.

“As a Hall-of-Famer, Ernie was an incredible ambassador for baseball, and for the city of Chicago,” President Obama said. “He was beloved by baseball fans everywhere, including Michelle, who, when she was a girl, used to sit with her dad and watch him play on TV. And in 2013, it was my honor to present Ernie with the Presidential Medal of Freedom.

“Somewhere, the sun is shining, the air is fresh, his team’s behind him, and Mr. Class is ready to play two.”

Though he was an 11-time All-Star from 1953-71, Banks never reached the postseason. The Cubs, who haven’t won the World Series since 1908, finished below .500 in all but six of his seasons and remain without a pennant since 1945.

Still, he was inducted into the Hall of Fame in 1977, the first year he was eligible, and was selected to baseball’s All-Century team in 1999.

“Ernie Banks was more than a baseball player. He was one of Chicago’s greatest ambassadors. He loved this city as much as he loved — and lived for — the game of baseball,” Chicago Mayor Rahm Emanuel said. “This year, during every Cubs game, you can bet that No. 14 will be watching over his team. And if we’re lucky, it’ll be a beautiful day for not just one ballgame, but two.”

Banks’ No. 14 was the first number retired by the Cubs, and it hangs on a flag from the left-field foul pole at the old ballpark.

“I’d like to get to the last game of the World Series at Wrigley Field and hit three homers,” he once said. “That was what I always wanted to do.”

But even without an opportunity to play on the October stage, Banks left an indelible mark that still resonates with fans and athletes from all sports.

“Ernie Banks … We are going to all miss you. #Legend,” quarterback Russell Wilson tweeted as he and the Seattle Seahawks were getting ready to defend their Super Bowl title.

Next post Young amputees are heroes in 5K race