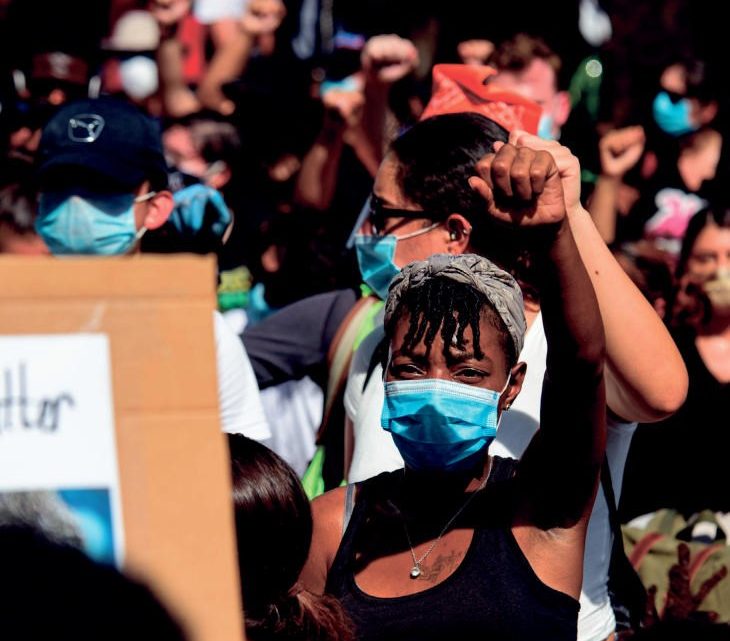 The case was brought on behalf of the South Carolina State Conference of the NAACP and individual voters, who are represented by the American Civil Liberties Union, the ACLU of South Carolina, the NAACP Legal Defense and Educational Fund, Inc. (LDF), Boroughs Bryant LLC, and Arnold & Porter.

“Every day without new maps is a day in which interested organizations, such as the South Carolina NAACP and its volunteers, as well as candidates, cannot contact and educate the electorate in their districts,” said Brenda Murphy, president of plaintiff SC NAACP. “Every day without new maps is another day when Black voters and other voters across the state cannot appeal to and hold accountable at the next election representatives who have many issues that they need to respond to facing our communities such as the impact of COVID, educational and policing reform, landownership, and more.”

At issue is the state Legislature’s decision to adjourn this fall without ﬁrst convening to propose, consider, and pass new maps that correct for South Carolina’s outdated, severely malapportioned congressional and state legislative districts. Redistricting only happens once every decade, and it determines the allocation of political power and representation at every level of government for the next 10 years.

Based on its own statements, there is every reason to believe that the Legislature will fail to publicly consider and pass new maps until it returns at a yetto-be-disclosed time in “December or January,” making it nearly impossible for the public and any courts to evaluate the legal validity of the maps before the March ﬁling deadline for the 2022 primary elections.

The Legislature’s dereliction of duty also harms people running for ofﬁce. The deadline for candidates to declare their intent to run for state and federal ofﬁces in 2022 is March 30. These candidates, and those who would organize and vote for or against them, need to know where new district lines will be drawn.

“The Legislature essentially skipped town without fulﬁlling its critical obligation of drawing new and fair maps,” said American Civil Liberties Union attorney Somil Trivedi. “The stakes are too high for lawmakers to be treating the public and the process with such little regard.”

The lawsuit spotlights how the state congressional, House, and Senate districts have severe population imbalances because they are currently based on 2010 population data.

“In every redistricting cycle for the last 50 years — since Congress enacted the Voting Rights Act — voters and others have been compelled to go to court to ﬁx the Legislature’s maps,” said Leah Aden, deputy director of litigation at NAACP LDF. “The state’s refusal to tell the public when it will reconvene to take up its obligation to redraw the lines and make it difﬁcult, if not impossible, to resolve any court challenge before the consequential 2022 primaries is unacceptable.”

Allen Chaney, legal director of the ACLU of South Carolina, added, “Because there aren’t ﬁxed timelines for South Carolina’s redistricting process, there’s a real risk that important election deadlines will come and go before maps are drawn and tested against the equitable demands of our Constitution.

This lawsuit will help ensure that South Carolinians have an opportunity to run, organize, and vote in state House and U.S. congressional elections with maps that meet constitutional requirements.”

“Equal electoral access and representation is critical for Black South Carolinians and Gullah people in particular to make demands of and hold accountable the appropriate representatives,” said plaintiff Taiwan Scott. “The South Carolina Legislature must fairly apportion congressional and legislative districts so that we can make our voices heard and ensure elected ofﬁcials are responsive to the needs of Black communities.”