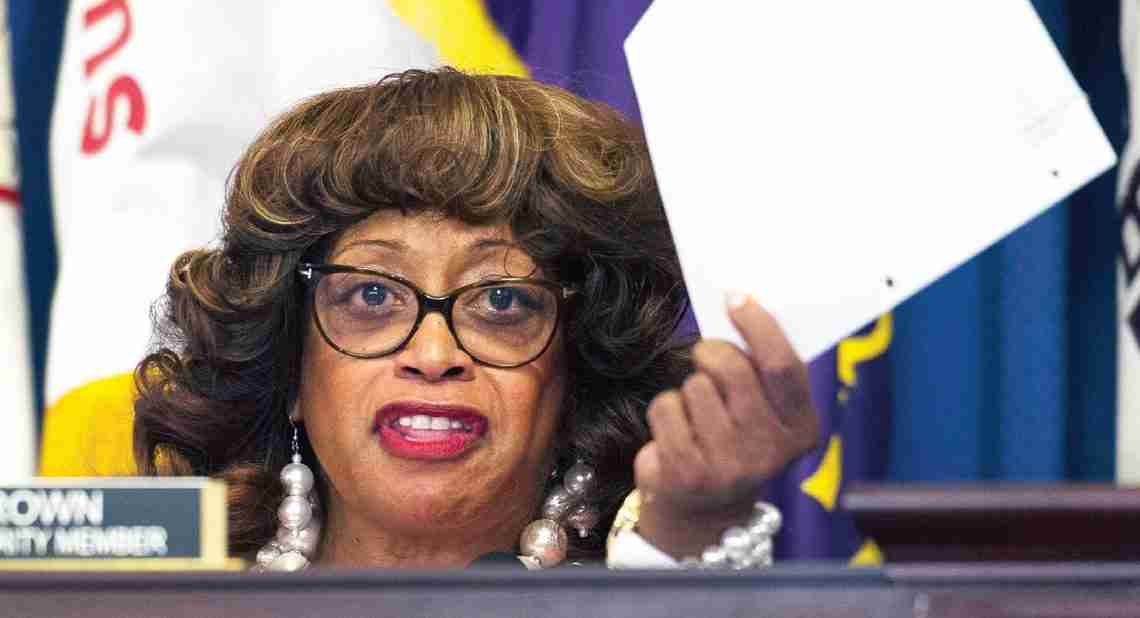 Jacksonville, Fla. (AP) – A former Florida congresswoman convicted of a federal tax charge in a charity fraud case wants to return to the U.S. House.

Brown, a Democrat, served 12 terms in the House beginning in 1993 but was defeated for reelection after her 2016 indictment in the fraud case. She was initially convicted and served two years in prison but was released on humanitarian grounds due to the coronavirus pandemic.

That conviction was subsequently overturned on appeal. Last month, to avoid a second trial, Brown pleaded guilty to a single tax charge and was put on probation. The Constitution does not outright bar convicted felons from serving, but it’s up to the House or Senate to decide whom to seat.

Brown said she’s optimistic about running in the 10th District, newly redrawn in the redistricting process following the 2020 census _ a process she said is shortchanging Blacks in the Republican-led state.

“I’ve represented most of the people of the new 10th District during my 24 years in Congress and I always earned huge support in this region,” Brown said in a statement on her website. “Now I see our hard-won gains are being taken away from us. Minorities have lost opportunities to elect candidates of their choice because of the recent gerrymandering in the State of Florida.”

Brown, a former state legislator, in 1992 was one of the ﬁrst three Blacks elected to Congress from Florida since Reconstruction. She faces a crowded ﬁeld in the Aug. 23 Democratic primary for the new open House seat.

In the criminal case, court documents accused Brown of siphoning money from her One Door for Education Foundation for personal use. Prosecutors said the fraud included using hundreds of thousands of dollars from the foundation to pay for lavish parties, trips and shopping excursions.

Previous post Emmett Till honored by community and cousin