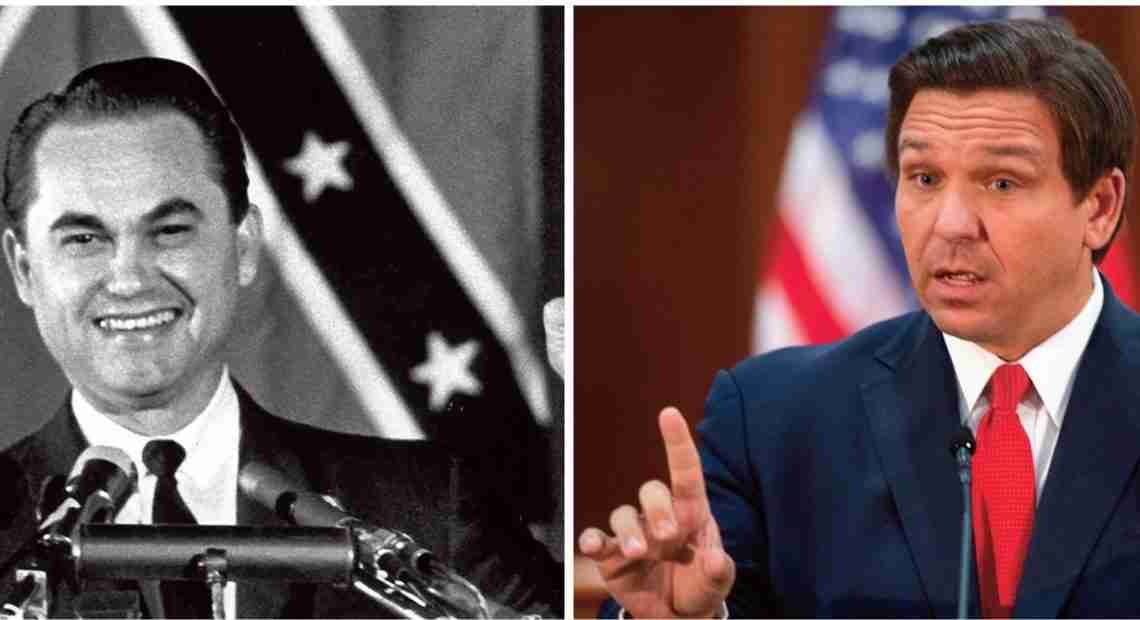 A dangerous movement is afoot in the State of Florida FMU Social Justice Institute which is part of a national effort to squelch public discourse on diversity, equity, and inclusion in the United States. It is being led by Florida Governor Ron DeSantis, who has announced his Stop WOKE (Wrongs Against Our Kids and Employees) Act (the Act), now embodied in House Bill 57. The goal? To allow parents of public school children and employees of some corporations to sue as individuals against what DeSantis called “statesponsored racism” represented by what the governor termed “wokeness,” Critical Race Theory (CRT), and the New York Times’ 1619 Project.

The Act is an unimaginative repackaging by DeSantis of the earlier work of other Republican leaders around the country. This wedge strategy, originally launched by DeSantis’s mentor and now rival Donald Trump, developed from Trump’s federal pronouncements against diversity training in September 2020, through a memo from the Ofﬁce of Management and Budget calling such activities “un-American propaganda training sessions.”

There are a number of reasons why the effort is wrongheaded and regressive, starting with the terms “woke” and “wokeness,” which are both pejorative and subjective. The subjective misuse of these terms, together with the misapplication of the term CRT are real threats to educators and children in Florida, as they will have a chilling effect on the teaching of Black history in Florida’s schools.

As deﬁned in the legislation proposed by Representatives Randy Fine (R-Brevard, Dist. 53) and Jason Fischer (RDuval; Dist.16), the Act would ban “race or sex scapegoating” that would include “any claim that, consciously or subconsciously, and by virtue of his or her race or sex, a member of any race is inherently racist or is inherently inclined to oppress others, or that a member of a sex is inherently sexist or is inherently inclined to oppress others.” [Section 110.1222 (10)(b)] Trying to divine the psychological issues on the part of teacher, student, parent, school administrators, or anyone else in the chain of involvement here by itself strains credulity and seems like a gift to the lawyers who would inevitably take up the cause on each side.

Since the 1990s, legislators, scholars, and activists in Florida have worked to make sure Black history was included as a part of the state educational standards. They succeeded with the passage of Florida Statute 1003.42(2)(h) establishing a mandate for the teaching of Black history, and the creation of the Florida African American History Task Force. Despite these efforts, resistance to elevating and including the perspectives and experiences of Black people, as well as other historically marginalized groups have never stopped. Some parents have opted to prevent their children from participating in Black History Month programs. Some districts in Florida fail to consistently offer Black history courses as electives in the state’s middle and high schools altogether.

Should it become law, DeSantis’s Stop WOKE Act will subject Florida’s educators and school administrators to attacks from embittered parents, many with little to no exposure to Black history themselves, fueled by leadership and media who are promoting a political wedge issue as a cultural crisis tantamount to a threat to their identities as Americans. Further, HB 57 is written with subjectivity built into its core, inviting its weaponization against educators. If Little Jane’s feelings are hurt the ﬁrst time she learned that her hero and “founding father” was a dedicated slaveowner (participating in a legal system that codiﬁed white power over Black bodies for the purposed of exploiting their labor; a historical fact whose discussion HB 57 could ban) and her parents take issue, HB 57 will empower their protests. This even though it is a well-established fact that, of the 56 signers of the US Constitution, 41 were slaveowners. These types of faux controversies will only add additional obstacles to the difﬁcult terrain our teachers already navigate with too few resources.

Conversely, anything less than the truth about the role of enslavers in our early republic will leave Black children believing their ancestors were simply another group of immigrants seeking job opportunities in North America, a dangerous and damaging falsehood that has already been embedded in some textbooks in Texas in ongoing attempts to whitewash US history. DeSantis’s Stop WOKE Act will stymie the progress made by Black parents and Black elected ofﬁcials to ensure, after just 50 years of integration in Florida, and only 20 years of legislative backing for an inclusive curriculum, that their stories and perspectives are woven into the fabric of our state and national stories.

In addition to how the Act will affect K20 education, it will have a chilling effect on the work that corporations and universities are doing to create equitable and diverse workforces, offering spaces that include racial groups who historically have been excluded.

How can we work toward expanding the American Dream if we cannot appropriately study and discuss disparities, educate people on why they exist, and work towards remedies? It has been the work of Critical Race Theorists like Derrick Bell, Kimberlé Crenshaw, Tara Yosso, and others who have given us a powerful lens through which to engage these issues for the purpose of expanding opportunity, increasing access to quality education, closing the wealth gap, and creating a fuller, richer identity for all. Those should be things we all value as Americans of all races.

While George Wallace stood at the doors of the University of Alabama in 1963 to prevent progress, Ron DeSantis has decided to repackage his exclusionary behavior in the 21st century. In doing so DeSantis has opted to place Florida on the wrong side of America’s history of racial progress. While history will judge him as it has Wallace, it is up to the citizens of Florida to reject this small-minded attempt to halt much-needed dialogue, education, and action toward diversity, inclusion, and equity in this state.