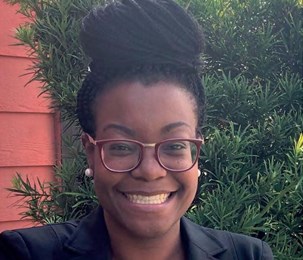 ORLANDO, Fla. – Florida A&M University (FAMU) College of Law alumna Amber Johnson has been hired as the first-ever manager of Diversity, Racial Reconciliation, and Tolerance for the City of Charleston.

The Diversity, Racial Reconciliation, and Tolerance manager position was created as part of the Slavery Apology Resolution passed by city council in June 2018 to function within the city’s Legal Department.

“I look forward to working with the mayor and city council to recognize the promises of the apology and to move the city forward in its efforts to resolve its diversity challenges”, said Johnson. “I am confident the foundation I received from FAMU Law prepared me to take on this challenging new position.”

Mayor John Tecklenburg said, “Since taking the first steps to create this new position, our goal has been to provide an opportunity for the Charleston community to learn more about the diversity challenges that persist and to begin taking concrete steps to resolve them. I look forward to getting to work on that front and am confident that Amber will serve our citizens well in this position.”

Johnson received a bachelor’s degree in Political Science from Hampton University and a juris doctorate from FAMU Law in 2009. She is a licensed attorney with both the South Carolina and Florida Bar Associations and has been practicing law for seven years.

Johnson will begin her work with the city this month.

Next post JAY-Z PARTNERS WITH CANNABIS COMPANY AS BRAND STRATEGIST