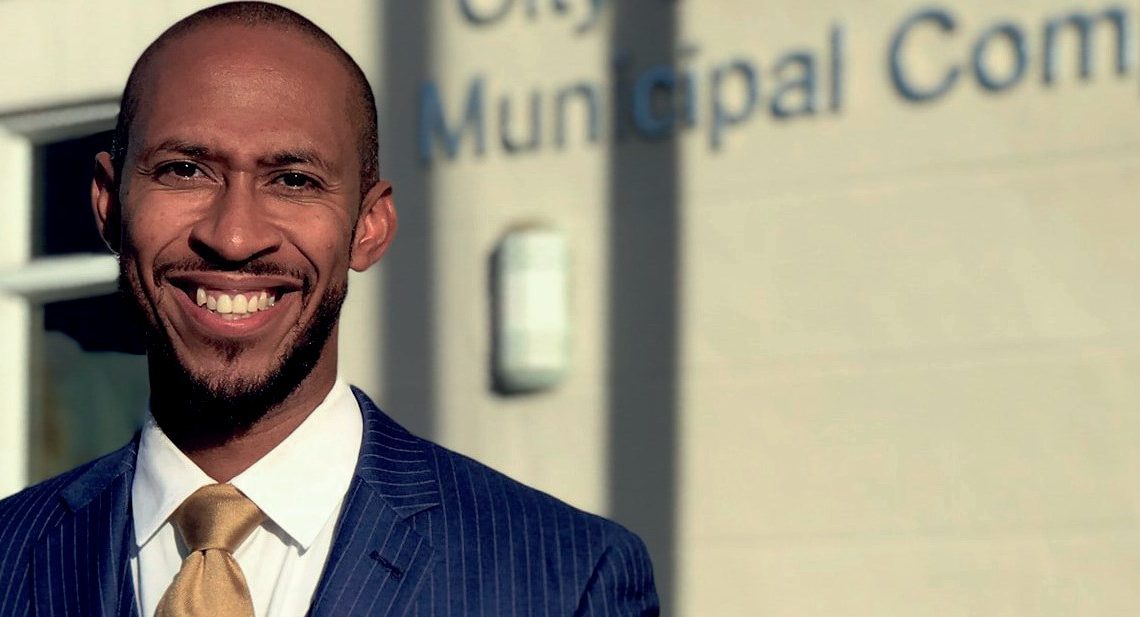 OPA-LOCKA, Fla. – The Florida Department of Law Enforcement (FDLE) has launched an investigation into possible misconduct in the City of Opalocka following former Mayor Matthew Pigatt’s abrupt resignation last week citing public corruption as the reason for his sudden departure.

Gretl Plessinger, a spokesperson for the FDLE, conﬁrmed that an investigation is active and ongoing but didn’t comment further.

Pigatt, 35, said in a statement that he conducted the FDLE about possible corruption in the city before his resignation. Pigatt could not be reached for comment.

Pigatt stepped down as mayor during an Oct. 10 City Commission meeting, during which he delivered his resignation speech that left other city leaders and residents stunned.

Elected in 2018, Pigatt, 35, alleged that corruption has stymied his efforts for change in a city that has been rocked by a series of government scandals.

Pigatt said he was able to accomplish several goals during his term in ofﬁce, such as timely trash pick up, replacing water meters and improvements to infrastructure.

He said he couldn’t stop corruption in the city and wanted no part of it. He also said he received threats.

“Those who stand up for what’s right don’t last long in the system,” he said in his resignation speech.

"Accept this as my resignation from the position of mayor in the City of Opa-locka. I will not be a ﬁgurehead for corruption. I am going to those with the real power in this system: The People."

Pigatt said he’s not resigning because the job is overwhelming. He said he stepped down because he’s in the wrong position to affect real change in the city. Corruption is so deep that he had to step back, he said, especially for his safety and his family.

"I naively thought that a system that is broken could be ﬁxed from within – by reformers who, if they just cared deeply enough, could root out things like cronyism, shadow deals, and government ofﬁcials who turn a blind eye toward the corrupt deeds of others lest their own corruption be dragged into the light," he said.

Pigratt, a Morehouse College graduate, said before he tried his hand in politics, he was an intern in Opalocka’s Planning And Community Development Department.

He said he learned ﬁrsthand how city employees were treated by city leaders and how they were taking advantage of the people by not doing their jobs to serve the citizens.

He said he ﬁrst challenged city government in 2014 when he spoke out against the ﬁring of the city manager and corruption.

He was greeted with backlash, as a result, Pigatt said.

"That led to me getting code enforcement violations on my home, being threaten by the police multiple times, and being accosted by so-called shadow mayors and community advocates, right here in this room, at that podium, while those on the dais and in the room looked on in silence."

He said he decided to run for political ofﬁce to root out corruption. "When I ran for ofﬁce, the tagline was a new generation of leadership," he said. "The people voted to replace the only elected ofﬁcial indicted after the FBI raids on this city."

Some residents praised Pigatt for his efforts.

"We thank the mayor for all he has done for this city," said Enyer Martinez. "This city is in better shape because of him. His transparency and hard work will always be remembered in my mind."

Samoora Amoora said Pigatt made a difﬁcult decision because he was placed in a tight spot.

"In the end, this is what’s best for him and his family," Amoora said. Vice Mayor Veronica Williams is now serving as mayor. In a released statement, Williams she is looking forward to working with her colleagues, city staff and the entire Opa-locka community to ensure there is transparency in government.

"I will also ensure that our city delivers the highest level of service to our residents as well as business owners," she said. "I plan to strive each day toward helping to make the City of Opalocka a ﬁrst-rate city."

Pigatt’s resignation comes weeks after the city’s police chief also resigned. According to published reports, Steven Barreira came under ﬁre for how he handled a police captain who allegedly ﬁred a taser at a sergeant.

Barriera was chief for six months after he replaced James Dobson, who was ﬁred after a review of the agency found a rising crime rate, low morale and failure to follow procedure.

In 2016, then-Commissioner Terence Pinder, facing public corruption charges stemming from an FBI sting, reportedly committed suicide by crashing his car into a tree near MiamiOpa-locka Executive Airport on the morning he was scheduled to turn himself in.

In 2018, Santiago was sentenced to 51 months in federal prison and Chiverton got three years for their roles in accepting bribes. Harris pleaded guilty and agreed to testify against Santiago and Chiverton in exchange for probation.

In addition, Dante Starks, who was not a city employee but a close associate of Santiago, was sentenced to ﬁve years in prison for conspiring with the former commissioner in a bribery scheme.