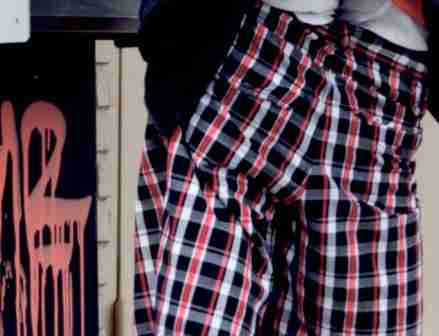 OPA-LOCKA, Fla. (AP) – After 13 years, a South Florida city has overturned a ban on “saggy pants” bottoms that reveal the wearer’s underwear.

The Opa-locka City Commission voted Wednesday on a 4-1 vote to repeal both the original 2007 legislation and a 2013 ordinance that said women, not just men, could receive civil citations for wearing pants that exposed their undergarments.

The Miami Herald reports that the vote was a ﬁrst reading of the repeal, meaning it will need to be approved again at a subsequent commission meeting before it’s ofﬁcial. But the item was cosponsored by four of the ﬁve commissioners.

Around the city, which is northeast of Miami, signs still warn folks of the ordinance. They show an image of two young men wearing pants below their waists and featuring the words: “No ifs, ands or butts … It’s the city law!”

“I was never in support of it, even as a resident,” Vice Mayor Chris Davis, who sponsored the repeal, told the Miami Herald. “I felt it disproportionately affected a certain segment of our population, which is young, African American men.”

When the ordnance was ﬁrst passed, the ACLU of Florida called it a “ridiculous waste of public resources,” saying it would “impose overly harsh penalties for victimless behavior” and disproportionately affect Black youths.