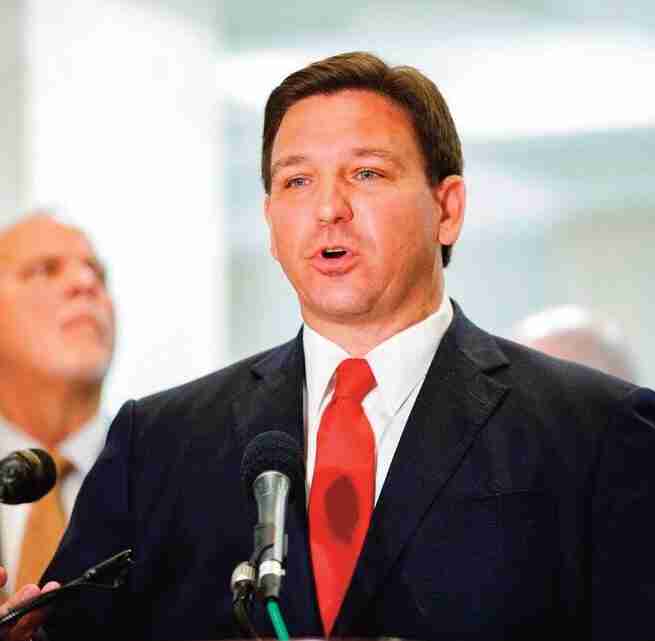 But strawberry shortcake will be the ofﬁcial state dessert under a bill Republican Gov. Ron DeSantis already signed.

Lawmakers extended their session three days to ﬁnish up work on the budget, approving a $112.1 billion spending plan on Monday. They’ll have to call a special session to send DeSantis the congressional maps that will contain a new 28th district. Candidate qualifying for federal ofﬁce runs from June 13 to June 17.

The session was largely driven by DeSantis’ agenda on cultural issues. Lawmakers sent him bills aimed at keeping immigrants illegally in the country out of Florida, and limiting the way race can be discussed in classrooms and at businesses’ race sensitivity training. Other bills sent to the governor would add further limits on abortion and also prohibit discussions on LGBTQ issues with young students.

“I honestly believe this is the strangest session I’ve ever seen,” said Mac Stipanovich, who spent decades as a Republican political strategist and lobbyist before changing parties ahead of the 2020 presidential election. “There’s quite often some performative red meat issue that will characterize or even dominate the session, but we had four or ﬁve of them here. That’s all the whole session’s been about culture war red meat.”

DeSantis sees the session much differently. He spoke with reporters when the session ended, touting recruitment incentives, bonuses and raises for law enforcement; raises for teachers and money for schools,: and environmental funding.

“We’ve been able to leave no doubt that Florida is the best law-and-order state in the country,” DeSantis said as supporters cheered.

He also got the Ofﬁce of Election Crimes and Security he wanted under the Florida Department of State that will review election fraud allegations. The legislation also would create a police force dedicated to pursuing election crimes, though critics note that voter fraud is rare and generally detected.

DeSantis also said the session is one for parents and praised what opponents call the “don’t say gay” bill, which forbids instruction on sexual orientation and gender identity in kindergarten through third grade.

“As the parent of three kids that are age 5 and under, thank you for letting me and my wife be able to send our kids to kindergarten without them being sexualized,” DeSantis said.

Similarly, he touted the bill he called Stop the Wrongs to Our Kids and Employees Act, or Stop WOKE. DeSantis announced his support of the legislation at a campaign-like event in which he attacked the use of critical race theory.

Critical race theory is a way of thinking about America’s history through the lens of racism. Scholars developed it during the 1970s and 1980s and it centers on the idea that racism is systemic in the nation’s institutions and that they function to maintain the dominance of white people in society.

“We in Florida showed a commitment to education, not to indoctrination,” he said.

Lawmakers also passed a bill that would ban abortions after 15 weeks with no exceptions for victims of rape or incest.

Democrats, particularly Black legislators, saw DeSantis’ agenda as a way of drumming up political support by creating division. DeSantis is positioning himself for a possible 2024 presidential run.

“The racist undertone of many of these policies is what many of us are talking about,” said Sen. Shevrin Jones, who is Black and gay. “All for the sake of getting a vote you march on the heads of Black people, you march on the heads of the LGBTQ community, or you continue to railroad the rights of women for politics? It’s small-mindedness at best.” One notable bill that died was a response to the Surfside condominium collapse that killed 98 people. The bill would have required recertiﬁcation after 30 years over every condominium above three stories in height, or 25 years if the building is within 3 miles (5 kilometers) of the coast, and every 10 years thereafter. The Champlain Towers South was 40 years old and was going through the 40-year-recertiﬁcation process required by Miami-Dade County when it collapsed last June.