For black journalists, a historic imperative and a unique burden 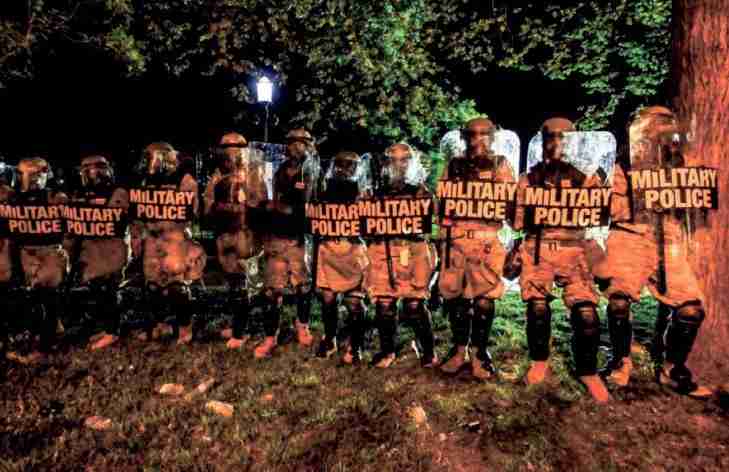 Clad in riot gear, police officers on horseback sent tear gas wafting through the streets and fired rubber bullets into a line of marchers, pinging off buildings, cars and flesh. As I watched this all unfold, I marveled at how any journalist who looks like I do could walk among our people, protesting the murder of yet another black man at the hands of a police officer, and not be moved.

On the last day of May 2020, as I sat glued to the television and heard neighbors talk of police chasing away looters at the now-boarded up CVS across the street from my apartment, I found myself overwhelmed with grief and shock, shaken by images of American cities on fire.

I have been a journalist now for 38 years. In that time, I have covered countless protests and managed reporters who’ve been on the frontlines more times than I can remember. But the murder of George Floyd, captured on video and preceded by constant reports of African Americans dying from COVID-19 at disproportionately high rates, the killing of Ahmaud Arbery while jogging on a residential street in Georgia and the false accusation against a black man birdwatching in Central Park, all conjured up televised images of the 1960s and the myriad other killings of black people at the hands of police officers and white vigilantes over the centuries. And it made my heart ache.

My journalism career has always been defined by the notion of objectivity, but suddenly that was shaken. It was ingrained in my mind at an early age by my editors at The Miami Herald during my year-long internship and by my college journalism professors. That Sunday morning, it was like a fast-moving wave that came out of nowhere and knocked me momentarily to my knees. What was happening in my country? Had we not moved beyond this sheer wanton display of racial hatred in these United States of America? Even just a little? Even after a black president?

It is not that I don’t have a clear understanding that racism runs deep in America’s veins. I was stopped more than a dozen times in Boston, where I worked for several years for The Boston Globe, so policemen could ask if I was driving a Mercedes because my [non-existent] boyfriend was a drug dealer. I know that on any given day I can be arrested, attacked or verbally abused because of the color of my skin. But I thought — maybe naively — that we had taken at least some strides forward, that we were better than this.

As my fellow black journalists navigate coverage of the looting and riots ravaging our cities, our limits are tested as we contend with our own fear and anxiety while also watching our brothers, sisters, nieces, nephews publicly express outrage.

Our job is the same as any other journalists – we listen, we record, we describe, we analyze, we edit, we decide what will lead the evening news or the front page. But behind closed doors, in the wee hours of the morning, some of us cry and shout and tremble in disbelief.

Across America, journalists are putting themselves in harm’s way – going from coverage of COVID-19 to coverage of civil unrest unlike anything we’ve seen since the 1960s. It’s what we do, and there has never been a time when our presence is more important. But for some of us, this work weighs extra heavy.

Zoe Poindexter, executive assistant to the bureau chief for CBS News in Washington and a journalism school graduate, has stepped out of her normal role to assist in staffing evening news programs on riots taking place across the globe. It’s a job that forces her to see George Floyd’s murder and the riots and the pushback from police constantly, several times a day.

“It’s a lot. It’s a lot. I am really numb right now and I am just trying to get through it,” she says. “I’m not immune. I have two black brothers, a black father, uncles and this is not something I don’t think about regularly. But as a black journalist, I am covering it objectively; but I am not immune.”

As a millennial, Zoe is keenly aware of her social media silence on the civil unrest.

“For me the biggest thing is that a lot of people do their activism on social media nowadays,” she says. “A lot more people are being vocal in taking sides. But I know in the back of my head that something I say might get me in trouble down the line.”

Some journalism colleagues, she says, are even calling out black people for not speaking out. “I am starting to feel kind of guilty for not saying much.”

For my colleagues who have lived through previous riots and the more recent uprisings following the violent beating of Rodney King by Los Angeles Police Department officers in 1991 and the acquittal of four Miami-Dade public safety officers in the death of Arthur McDuffie, leading to the 1980 Miami race riots, their frustration behind closed doors is palpable.

“I am so sick of the white denial and lack of accountability of the racial shenanigans in this country,” says Detroit News reporter Leonard Fleming. “And none of them [white Americans] have a sense of history about how this country started with racial tyranny.” Well aware of his role as a journalist, Fleming lamented this week that black reporters cannot participate in the larger conversation, even when it hits close to home. Fleming says that by the age of 25, he had been profiled by police in Chicago at least a dozen times. “And then when they saw that I was an intelligent black man, they wanted to send a message, ‘Boy, we still own you.’ ”

Richard Prince, who writes a national column on minorities in the media, says the arguments and violence are the same issues that black people in America have dealt with for decades, and no one is listening. “I am feeling very grateful to be alive still amid all of this,” he says. “And having been through the ‘60s, it’s difficult to see the same thing come right back around to what it was then.

“We have not passed down the things that happened in the ‘60s. A lot of people don’t know about this,” says Richard. “I am sad and there is a lot of pain and everything. I don’t want to say that I have seen it all before, it’s interesting … all of these things are repeating themselves.”

Complicating matters, he says, is a lack of strong national leadership. And cooler heads, he notes, are asking how we move the needle forward.

That needle right now feels like it is on a broken record repeating broken promises of a better, more united America. It’s something many of us – even journalists – wish and hope for. And while I am one of those, I am grateful for the opportunity to, in some small way, help my younger colleagues of all races, tell today’s stories, boldly, fairly and objectively.

“For me, I have had to compartmentalize whatever I am thinking to make sure our staff are looking at these stories and hearing these voices in the right way,” says Mark Russell, executive editor at the Commercial Appeal in Memphis.

“We are trying to give voice to a community that feels highly aggrieved,” he adds, noting that for some of his journalists it is undoubtedly hard. “But they are professional, and I think they know to compartmentalize.”

The definition of compartmentalize is having the ability to put something into its appropriate box or category, separate from the rest.

As a journalist, I strive to do that everyday — to put aside my personal feelings and suppress the sadness and fury I feel about where our country is in 2020.

And then the phone rings. It is my mother, overwhelmed with what she is watching on television and, at the top of her lungs, shouting how the only thing missing on her television are dogs and firehoses.

Alison Bethel McKenzie is director of corps excellence for Report for America. An award-winning, veteran journalist and a Southerner, she has worked in senior-level editorial positions at The Boston Globe, The Detroit News, Legal Times, the Poughkeepsie Journal and the Nassau Guardian (The Bahamas). She is the former Washington Bureau Chief for The Detroit News and was executive director of the Society for Professional Journalists and the International Press Institute in Vienna.

Alison was also a Knight Fellow for the International Center for Journalists and a visiting professor of print and investigative journalism at the Indian Institute of Journalism and New Media.