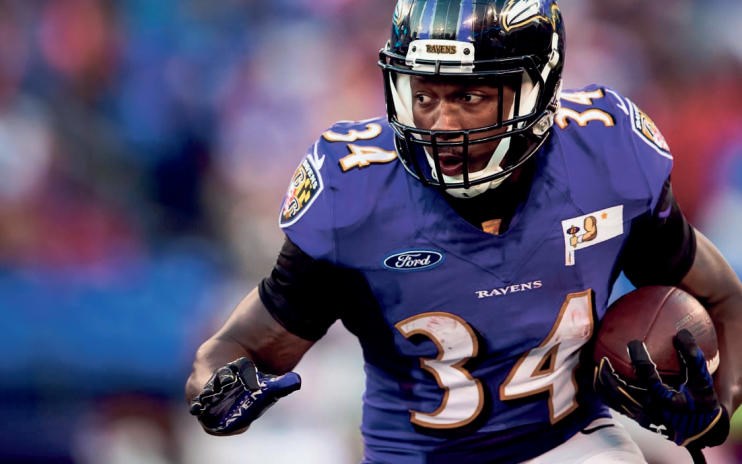 Lorenzo Taliaferro, who ran for 339 yards and scored ﬁve touchdowns during three injury-riddled seasons with the Baltimore Ravens, has died. He was 28.

Taliaferro passed away Wednesday in Williamsburg, Va., according to YorkPoquoson Sheriff’s Ofﬁce. The cause of death was not immediately made public.

Drafted by Baltimore out of Coastal Carolina in the fourth round of the 2014 draft, Taliaferro ran for 292 yards and four touchdowns over 13 games as a rookie before an injury ended his season. He played in three games apiece in 2015 and 2016 before again ﬁnishing on injured reserve each season.

Taliaferro ended up playing in 19 games in the NFL before being cut by Baltimore in September 2017.

His stat line included 16 catches for 153 yards and one kick return for 15 yards.

“Lorenzo was a kind, smart and respectful young man – someone always committed to his teammates and wellliked by everyone in our organization,” Ravens coach John Harbaugh wrote on Twitter.

Running back Justin Forsett, who also played from Baltimore from 2014-16, had fond memories of his former teammate.

“This one hurts. Losing a brother & a friend,” Forsett wrote on Twitter. “Zo had 1 of the biggest hearts I’ve ever been around. He was kind, humble, curious about life, & joy to be around. I’ll be there for Major bro & let him know his dad was a good man who worked his butt off! Rest Easy Zobot! Gone 2 soon.”

Next post Breaking American democracy: Donald Trump and the making of a coup