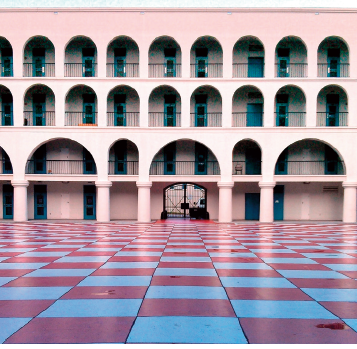 CHARLESTON, S.C. – A total of 14 cadets have been dismissed, suspended or are receiving on-campus punishments at The Citadel after several of them appeared in photos with pillowcases on their heads similar to Ku Klux Klan garb, the military college’s president announced Monday.

The photos of seven freshmen cadets dressed in white pants and shirts while wearing pillowcases surfaced on social media last month. An investigation found that the cadets were ordered by upperclassmen to sing Christmas carols dressed in costumes, college President retired Lt. Gen John Rosa said in a statement. The photos involved a “Ghosts of Christmas Past” skit.

Within an hour of the event, several other cadets reported it to leaders. Initially, eight cadets were investigated but the inquiry was later expanded to include 14.

“The investigation found that the cadets did not intend to be offensive. However, I am disappointed some recognized how it could be construed as such but didn’t stop it,” Rosa said.

He said the song sheets contained only the words to carols and nothing offensive and “at the outset, not all of the freshmen understood that the costumes could be construed by some as offensive.”

But Rosa said while the skit had no ill intent, “it did show poor judgment. It demonstrates that we must integrate an even higher level of diversity education into cadets’ daily activities.”

Civil rights leaders had called for Rosa to resign but dropped the call after they met with him last month and he told them the cadets were going through the college’s appeals procedure. College spokesman Brett Ashworth Rosa also spoke with leaders of civil rights groups before the investigation results were released Monday.

The other cadets are being punished by marching tours. A tour is marching in the military school barracks shouldering a gun for 50 minutes.

Dot Scott, the president of the Charleston Branch of the NAACP, said it was appropriate there was no blanket punishment “simply because the younger people who are listening to those who are their seniors did what they were instructed to do.”

She added “I feel good about what’s happening now” at The Citadel but said that there is still a ways to go and that the Confederate flag needs to be removed from the college chapel.

The school’s Board of Visitors voted to have the flag removed after the Charleston church shootings in June. Dylann Roof, a white man who posed with a Confederate flag for online photos, has been charged with killing the nine black parishioners.

But under the South Carolina Heritage Act, removing the flag needs approval from the state General Assembly.