A dream comes true for Brooks 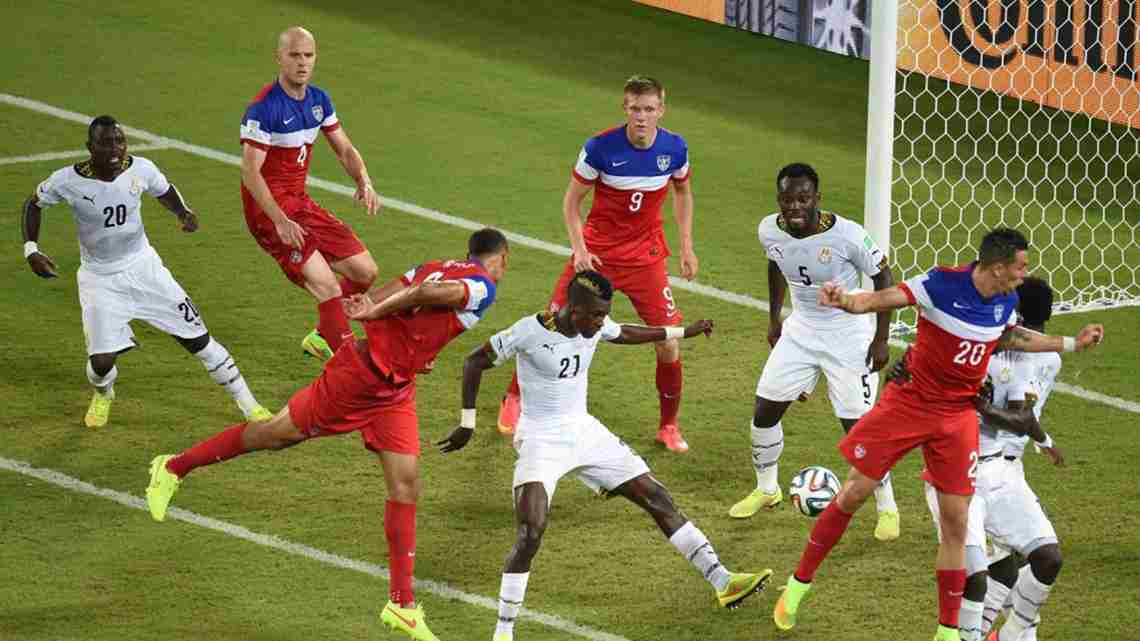 NATAL, Brazil – Smiling ear to ear after winning a World Cup match with his first international goal, John Brooks had a story to share. “I told some teammates that I dreamed that I scored in the 80th minute and we won the game,” he said. “And now it was the 86th minute and we won.”

One of the surprise picks by U.S. coach Jurgen Klinsmann, Brooks hadn’t been in the starting lineup for the Americans’ World Cup opener against Ghana. But after central defender Matt Besler felt tightness in his right hamstring during the final five minutes of the first half, Klinsmann sent the 21-year-old Brooks on for the start of the second.

Overcome with emotion, Brooks ran in disbelief, slumped to the ground arms first and felt teammates pile onto him. When they finally moved off, he put both hands to his lips and blew a kiss.

Brooks thought back to two nights earlier and the dream. It also was on a header. From a corner kick. Just liked it happened. “It was unbelievable,” Brooks said. “I couldn’t believe it.”

Klinsmann chose Brooks over Clarence Goodson, an unused substitute on the 2010 World Cup team. Among the five German Americans on the 23-man roster, Brooks made his national team debut last August and had only four appearances entering the World Cup. He was benched twice last season by Hertha Berlin, his club in the German Bundesliga, for a poor performance in December and being unable to train in April because he was hampered by a tattoo on his back.

“With John, I saw, we saw, very early that his passing is amazing. He’s very calm for his age. Obviously he’s very strong in the air because he’s so tall,” Klinsmann said. “This is what you read, then you have to figure out: ‘Is he ready for such a big thing like a World Cup already or maybe does it take another year or two in his development?’”

“They expected more from him the last season. There he got a little bit of a lesson from his coach,” Klinsmann said. “It’s part of growing, as well. But we knew that if we had the time now for more than a month to work him through every training session, to teach him some elements of the game, that he’s willing to take that on and learn it quickly. And obviously he learned it quickly.”

As the American Outlaws chanted their way out of the stadium, Brooks missed the chance to meet Vice President Joe Biden when he visited the locker room. Brooks and Jermaine Jones had been chosen for random drug tests.

Brooks, who lives in Berlin and has family in Chicago, has visited the U.S. only for training camps and vacation. But, speaking one day in California last month, he said, “When I’m here, I’m a full American. I play with heart for America.”

He had nerves initially Monday, yet is thrilled with how things ended. “I think the first goal was perfect, a perfect start. Couldn’t be better,” Brooks said.

Nearly two hours after the final whistle, Brooks was among the last U.S. players to leave the locker room. Someone asked whether he thinks he will start against Portugal on Sunday.

“I don’t expect anything,” he said. “I just give my best in every training session, and we’ll see.”

The U.S. team returned to its base camp of Sao Paulo and U.S. F Jozy Altidore was scheduled to have his injured left hamstring examined, U.S. Soccer Federation spokesman Neil Buethe said. Altidore was hurt in the first half and replaced by Aron Johannsson.