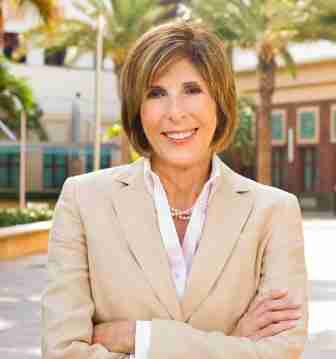 Courtesy of the City of West Palm Beach

After eight meetings in six neighborhoods during Gehl study research, West Palm Beach residents voiced that the waterfront along Flagler Drive is what they like most about our city.

However, despite this, an alarmingly small number of people actually use the waterfront: 91 people per hour, according to Gehl’s pedestrian counts.

This information as well as similar findings from the Jeff Speck walkability study and Shore-to-Core study are key to the city’s decision to implement Flagler Shore, an innovative pilot project designed to learn how we can make our waterfront better so that everyone can enjoy it.

Coordinated by the City and the Community Redevelopment Agency (CRA) in partnership with the Downtown Development Authority (DDA), the five month project aims to create a more dynamic waterfront by repurposing two lanes on Flagler Drive from Lakeview Avenue to Banyan Boulevard to expand the waterfront public space for pedestrians, bicyclists and merchants as well as allow for additional programming.

By prioritizing a waterfront built for people, we can build a waterfront with a better sense of place and make it a place where everyone wants to be.

As a first step toward creating a Flagler Drive that looks and feels less like a highway, we conducted the temporary lane elimination.

Flagler Drive was built to accommodate up to 44,000 trips per day. However, only 8,000 cars per day actually drive it.

To create a more inviting space, we installed bistro tables and moveable seating that provide more places to sit and empower folks to chase shade.

These have already been used by friends, families and neighbors to enjoy good food and conversation along the waterfront.

The DDA is also activating the space with a robust programming series. A food trucks lunch event last Wednesday, which was very well attended, shows that people can and will enjoy our waterfront even more if given more reasons. Again, that’s the idea behind Flagler Shore.

Flagler Shore is a pilot project and, therefore, will remain a work-in-progress through March. Staff are observing the project on a daily basis and making improvements to the current design and aesthetics.

Flagler Shore’s success hinges on not only the vision and creativity of staff, but also feedback and input from you. Email us at flaglershore@wpb.org to tell us what you like about the space or what we could do differently.

Our waterfront is a space for everyone to enjoy, and so everyone should have a voice in Flagler Shore.