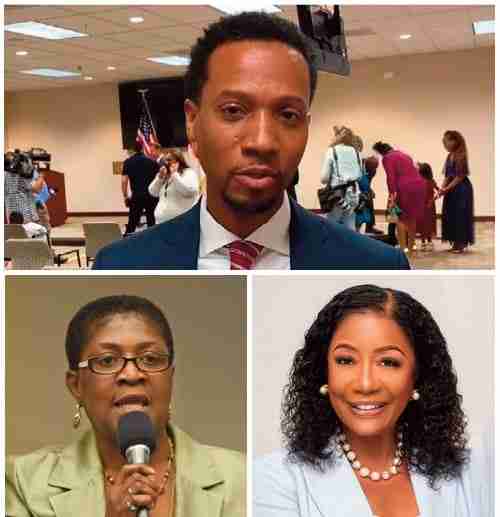 Fort Lauderdale, Fla. – Broward County Commissioner Torey Alston, who was appointed by Gov. Ron DeSantis late last year, has decided not to run for a full term in 2022.

Alston, the only Black serving on the commission, had replaced Dale Holness, who resigned to run Congress.

"While the appointment term ends in November, I’m not stepping away totally," said Alston, who previously served for three years as the Florida Department of Transportation chief of staff, overseeing the $10.3 billion agency and more than 6,200 employees.

"I will certainly stay engaged politically,” Alston said. “I will run our family business with my wife and explore a few other options very soon."

Alston thanked his supporters and the community.

"I am grateful to be serving as a county commissioner representing my community where I was born and raised," he said.

“I am very appreciative of the governor’s support and his appointment."

Alston also was chief of staff for two Broward County commissioners and held senior positions in the Miami Dade County Public Schools, the City of Gainesville, and the Florida Department of Management Services.

Alston said he previously served on the Florida Agricultural & Mechanical University (FAMU) Board of commission, and Ruiz-Nicolas, who has worked in the private sector and nonproﬁt organizations for more than 25 years, and currently owns a marketing company, are seeking the seat that covers portions of Fort Lauderdale, Lauderdale Lakes, Oakland Park, Plantation public transportation solutions and creating workforce and affordable housing.

Ruiz-Nicolas also said she wants to design a program that would increase access to resources for the elderly, veterans and other vulnerable populations.

"Having worked in the public sector as an administrator at Broward County and other governmental entities for 30 years, I know the grit and tenacity it takes to get these types of goals accomplished," she said.

Rogers, 69, who was elected to the Florida House of Representatives in 2008, becoming the state’s ﬁrst Jamaican-born elected ofﬁcial, was ﬁrst elected to the Lauderhill City Commission in 1996.

Rogers said her campaign focuses on the workforce and affordable housing, property insurance issues that impact county residents, and spearheading an initiative to convince state lawmakers to expand Medicare and provide affordable healthcare for "everyone."

"Right now, the housing and insurance issues are critical," she said. "We are dealing with the housing workforce crisis. People have to live somewhere and we want to make sure their salaries can sustain themselves so they can afford to live somewhere in Broward County. Once we all are able to rebound from COVID-19, we have to put people to work and train the workforce."

The primary election is Aug. 23.