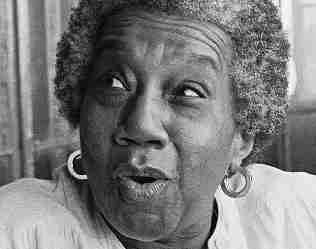 Pompano Beach, Fla. – Jeff Kiltie, president of the Carbonell Awards, has announced that the nonproﬁt organization is soliciting nominations for the Vinnette Carroll Award that will be given out for the ﬁrst time at the 45th annual Carbonell Awards Ceremony in November 2022.

Named after the legendary playwright, actress, and theater director who was the ﬁrst African-American woman to direct on Broadway and the ﬁrst to receive a Tony Award nomination for directing, before moving to South Florida in the 1980s where she founded the Vinnette Carroll Repertory Company, this award honors an individual, theater or organization for signiﬁcant achievement in advancing the cause of diversity, equality, and inclusion in South Florida theater.

The Carbonell Awards recently established a special Vinnette Carroll Award Committee to review all nominations and make a recommendation for the Board’s approval.

The committee includes four current board members (Herman G. Montero, director of production at the Broward Center for the Performing Arts; William Nix, former vice president of marketing and governmental affairs for the Cultural Council for Palm Beach County who hosts the annual African-American Film Festival at the Kravis Center for the Performing Arts; Geoffrey Short, president of the board of directors of the Pembroke Pines Theater of the Performing Arts; and Broadway, movie, TV and cabaret star Avery Sommers, who is both a Carbonell Award winner and a seven-time nominee), plus longtime Carbonell judge Christine Dolen, who was theater critic for the Miami Herald 19792015 and continues to cover culture for ArtburstMiami.com.

“While there have been a number of BIPOC Carbonell Special Award winners in the past, this new recurring award demonstrates the Board’s ongoing commitment to encouraging and honoring individuals and institutions that are speciﬁcally championing the growth of diversity in South Florida’s theater community,” said Kiltie.

“We all know the people we know, but through this nomination process we hope to ﬁnd worthy candidates for this award who may not be on our radar,” added Short, who is on the Vinnette Carroll Award Committee.

“We hope people will nominate individuals, theaters, or organizations that they believe are making extraordinary contributions to South Florida’s diverse theater community throughout Miami/Dade, Broward, and Palm Beach counties.”

Before June 1, email nominations for the ﬁrst Vinnette Carroll Award to Geoffrey Short at geoffshort66@gmail.com. Include the nominee’s name and why he/she/they are worthy of consideration for this award.

The Carbonell Awards, South Florida’s most highly coveted recognition of theatrical and performance excellence, fosters the artistic growth of professional theater in the region by celebrating the diversity of area theater artists, providing educational scholarships, and building audience appreciation and civic pride by highlighting achievements of the theater community.

More than 20 professional theater companies in Broward, Miami-Dade and Palm Beach counties participate in the awards every year.

Previous post How about, stay? Law grads invited to shape the community