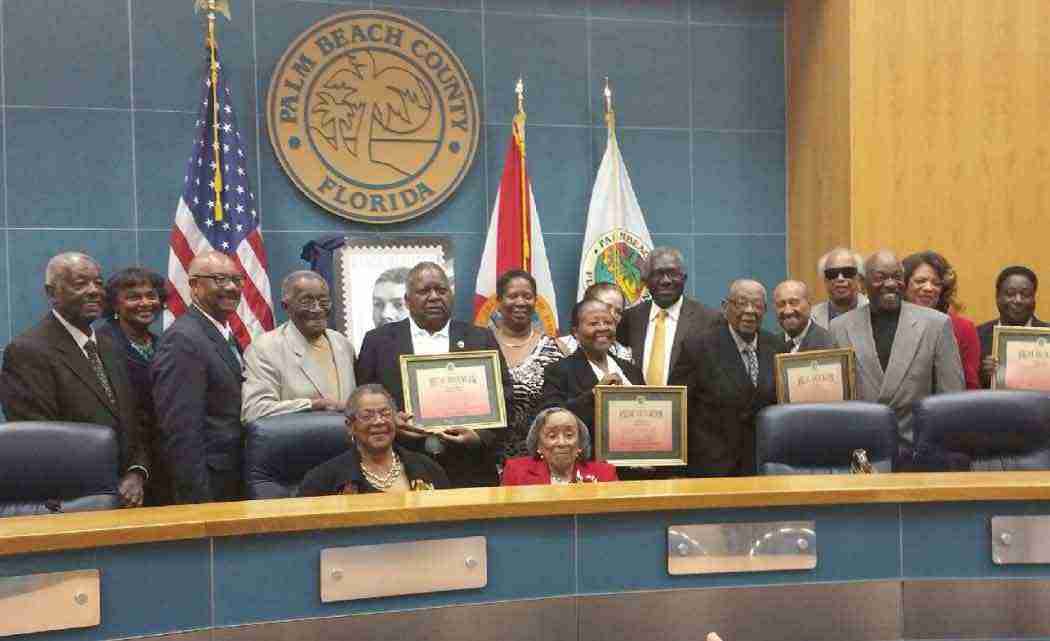 In a lavish ceremony held February 26 in County Council Chambers, Palm Beach County Commissioner and former Mayor Priscilla Taylor, honored 17 African Americans from Palm Beach County in celebration of Black History Month. It was the county’s first “Unsung Heroes,” program, bestowing honors among those blacks who’ve made a huge difference in the county in the diverse areas of leadership, education, community service, culture and sports.  Several hundred people packed the chambers in support of the honorees – many of whom were senior citizens, including an honoree who was also on that day celebrating her 97th birthday.

“I am thrilled that so many of you came out tonight for our “Unsung Heroes” program. This is our first, but it certainly will not be our last,” said Taylor. “We are honored to recognize each of you. You chose to stand up, when many chose to sit down,” she told the guests of honor, who lined the first few rows of the chambers.

Honoree Helen Anthony Ferguson, 97, was amazingly spry and still well spoken, even though she’s just a few years shy of being a centenarian. She was employed by Dr. Carter G. Woodson, the founder of Negro History Week, which has now become Black History Month.  She told the crowd she never believed she would see the day when an African American would become president of the United States.

Honoree Estella Pyfrom, founder and CEO of “Estella’s Brilliant Bus,” a mobile computer lab on wheels, which she takes to impoverished neighborhoods and across the United States teaching computer lessons and technology – said she has gone from standing in the back of the bus, during segregation, to now owning the bus! She drew a standing ovation from the audience. Pyfrom was recently featured in a Super Bowl ad by Microsoft and last year was honored by Oprah Winfrey. She has been honored at the White House and also as a CNN Top 10 Hero.

Honoree Judge Edward Rodgers said he lives to “give.” The retired judge spent 22 years in Civil, Criminal and Probate courts. He was Chief Judge for the 15th Judicial Circuit. He has an extensive list of accolades as a judge. The Riviera Beach Post Office was named after him in 2004. It is the city where he lives and was once Chairman of the City Council. “The greatest thrill of my life was picking up another brother who cannot lift himself up,” Rodgers told the crowd. “There are so many people who need help, and there are many of us who can help them.”

Pastor Antoinne J. (A.J.) Wright, founder and senior pastor of Shiloh Family Worship Center in West Palm Beach, spoke to the honorees and the audience about the importance of giving back.  “Ask not what your community can do for you, but what you can do for your community,” Wright said. “When was the last time you gave without wanting anything in return?” he asked the audience. “Our unsung heroes had a heart to give.”

Popular songstress Terrion Nelson sang Mariah Carey’s “Hero” to the honorees, which received a standing ovation. McCray’s Backyard BBQ provided a scrumptious soul food dinner for the occasion. The event was free to all.

Representatives from the United States Postal Service were on hand to unveil another in its series of Black Heritage commemorative stamps featuring the late Robert Robinson Taylor. Taylor was an architect and educator. He was the first black person admitted to Massachusetts Institute of Technology (MIT) in 1888. He designed many of the buildings on the campus of Tuskegee Institute prior to 1932. He was second-in-command to the college’s founder and first president, Booker T. Washington. Taylor is also the great-grandfather of Valerie Jarrett, President Barack Obama’s senior advisor. Commissioner Taylor helped unveil the stamp. 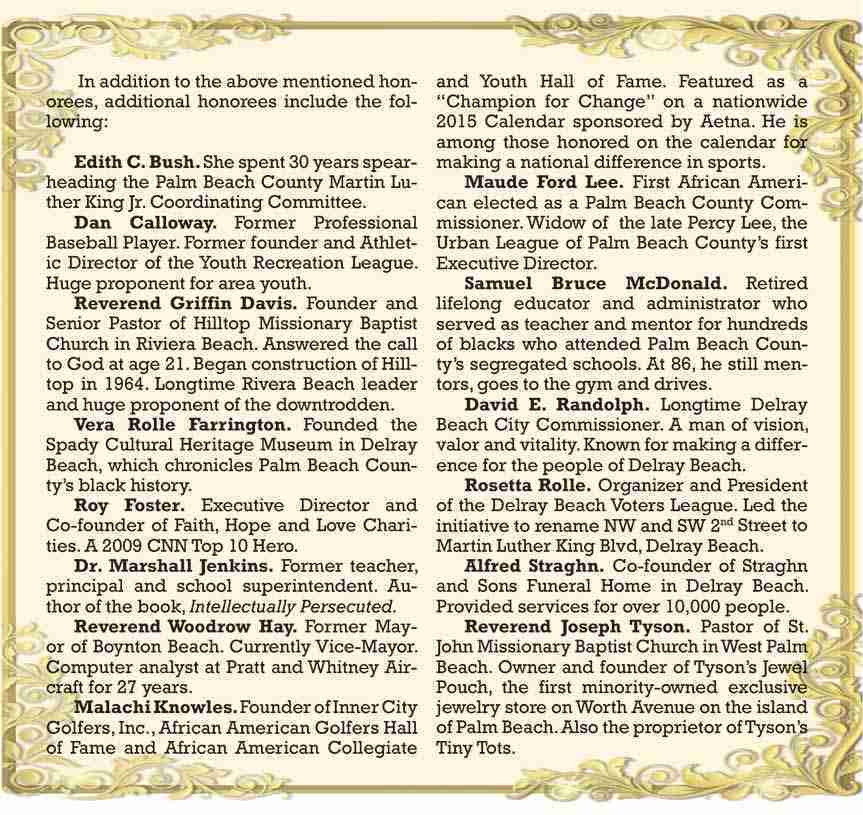