Deals happening this summer, but amid perhaps more caution 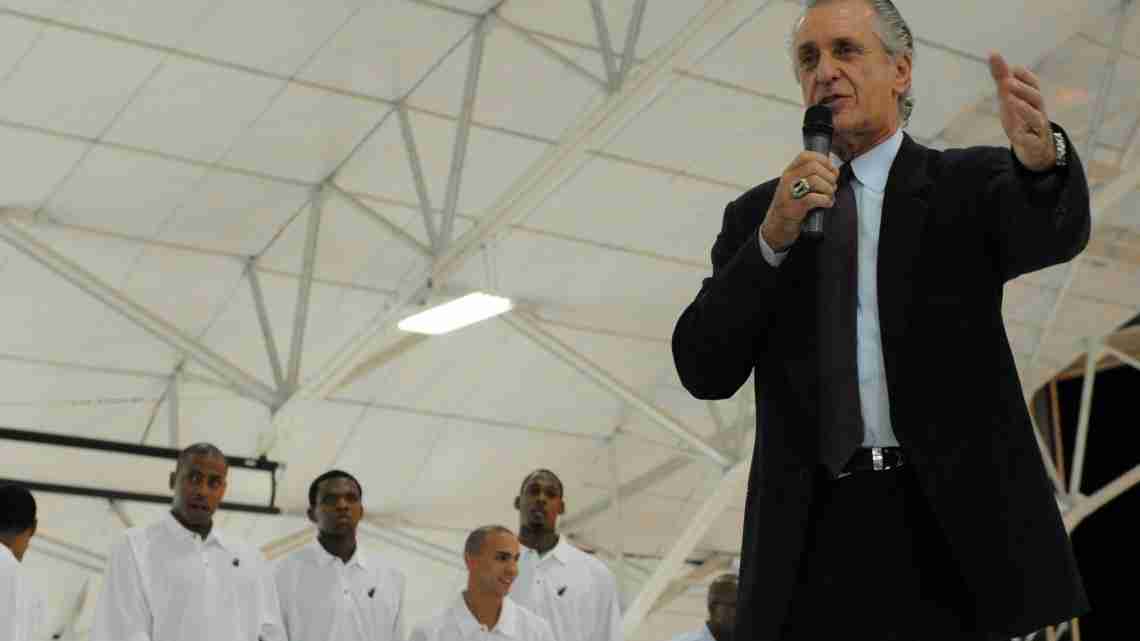 Surveying the landscape going into free agency, the Miami Heat president had a clear sense that smarter spending was going to be the rule in the NBA this summer as opposed to the enormous-contract spree that occurred a year ago.

And so far, he’s been proven right.

There have still been some massive contracts – Stephen Curry’s $201 million agreement with Golden State will set an NBA total-value record, while the Clippers’ Blake Griffin, New Orleans’ Jrue Holiday and Toronto’s Kyle Lowry combined to assure themselves another $400 million in soon-to-be-official deals. Otto Porter may be in line for $105 million, either from Sacramento or Washington.

But unlike 2016, there’s been very few puzzling moves. “Some of the contracts were sort of out of whack,” Riley said.

Perhaps not coincidentally, it should be noted that the Knicks and Lakers are both under different management this summer.

Deals are getting done – going into Monday, $1.255 billion in new contracts have been agreed upon this summer already, a figure that goes past $1.5 billion when Porter signs and assuming John Wall takes his $168 million extension offer from Washington. They’re just getting done more judiciously, or so it would seem.

“That’s part of the reasons we signed guys in advance last summer, was in anticipation of where the cap was going, knowing the value of cap room wasn’t going to be as much because of the preponderance of cap room in the marketplace,” Portland president of basketball operations Neil Olshey said, noting there was $450 million available in cap room this summer across the league.

To Dwyane Wade, who will make nearly $24 million this season, what’s happening now is eyepopping.

“If I’m 25 with the same numbers,” the Chicago guard tweeted on June 21 with a reference to his stats from last season, “I’m getting 150 million.”

And later, Cleveland star LeBron James suggested that Curry should be getting $400 million instead of half that much.

Money matters, clearly. But this summer, teams and players are both showing savvy when handling these deep NBA coffers.

It was thought Gordon Hayward would sign a three-year deal, with the Heat hoping it would be in Miami. Instead the All-Star forward picked Boston for four years and $128 million including a fourth-year player option. J.J. Redick cashed in with Philadelphia for $23 million, and gets the chance to be free again next summer. Lowry, Serge Ibaka and Jeff Teague were among those who took three-year deals, even though longer ones were possible.

Lowry announced his decision on The Players’ Tribune, saying his son’s reaction to the news that they were staying in Toronto was that they now need to get a bigger house. “We’ll see about that one,” Lowry said.

In the first two days of free agency – really, Monday was only Day 3, even though it seems like it’s been going on forever – at least 19 of the 30 NBA clubs struck known agreements on deals that will be eligible to be executed starting today. Half the league hasn’t done anything that could be described as anywhere near splashy, either because funds are tight or they’re waiting for other dominoes to fall.

“Really happy and looking forward to this opportunity,” point guard Jose Calderon said after getting a $2.3 million deal from Cleveland, which didn’t have the room to be a major player in free agency – though can still make trades if it chooses, of course.

Golden State, meanwhile, has beaten the Cavaliers for two of the last three NBA titles and has handed out $275 million in new contracts so far this summer. And that total will soar when Kevin Durant’s new deal with the Warriors gets added in, presumably sometime later this week.

Other teams without cap space or mechanisms by which to land players have to wait and see for what’s left.

“I don’t know how much money our team has – $16 million, and those guys are making $30 million now,” Knicks coach Jeff Hornacek said, when asked if he thought his team could be a major player in free agency this year. “If you look at it that way, it doesn’t look likely.

But there are good players out there.”