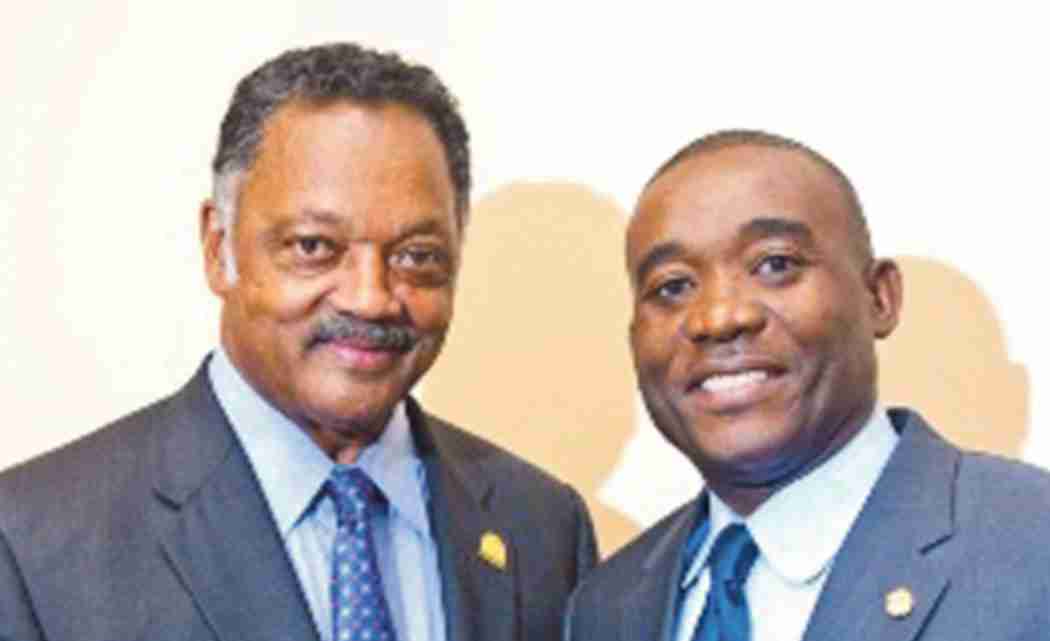 MIAMI — Jean Monestime, the first and only Haitian American to serve on the Miami-Dade County Commission, blazed yet another trail on Monday as he ascended to become the chair of the board of county commissioners.

Monestime was unanimously elected by his peers to lead the 13-member board. He becomes the first Haitian American commissioner in the position.

Esteban “Steve” Bovo, who represents District 13, was selected as Vice-Chairman. They assume their positions Jan. 1.

Monestime and Commissioner Audrey Edmonson of District 3 were nominated for the chairmanship. However, before a vote was taken, Edmonson withdrew her name.

Monday afternoon, Monestime thanked his colleagues for their gesture, and specifically mentioned Edmonson.

“I am humbled and grateful for the trust and confidence that my colleagues on the BCC demonstrated by electing me chair this morning,” Monestime said. “I cannot thank them enough, especially Commissioner Jose “Pepe” Diaz for nominating me and Commissioner Audrey Edmonson for her noble gesture. This is an illustration of our cordiality and the profound level of respect that must always prevail amongst us.”

Monestime represents a district that includes parts of Little Haiti, Liberty City, Arcola Lakes and North Miami. In his first term with the county commission, Monestime cites several actions that he considers accomplishments. Among them:

Sponsored an ordinance that would establish a local hiring goal for all construction contracts over $1 million. That ordinance passed committee just the other day and will be considered by the full Board in a couple weeks.

Sponsored changes to the Community Workforce Program so that those job opportunities, which are supposed to go to Miami-Dade residents, actually go to those residents.

Monestime also worked with the Florida Department of Economic Opportunity to ensure state support for a new Holiday Inn on Northwest Seventh Avenue, at the site of the old City Inn.

Monestime was first elected to represent District 2 in 2010, unseating longtime Commissioner Dorrin Rolle. He was re-elected in late August, beating back a challenge from Rolle. In his re-election bid, Monestime had key backing from prominent African-American clergy and attorneys. Prior to his election, he served several years as a city councilman in North Miami.

“I congratulate Commissioners Jean Monestime and Esteban Bovo on their elections as Chairman and Vice Chairman of the Board of County Commissioners. I also commend their colleagues on the Board for working together and in a show of unity, unanimously supporting their nominations.

“Commissioner Monestime will become the first Haitian-American to lead our 13-member board when he officially assumes the chairmanship on January 1, 2015. His election is further proof that Miami-Dade County is a multicultural, world class community that is committed to inclusion.

“I look forward to working with both Commissioner Monestime and Commissioner Bovo – a passionate public servant who has represented his community in our state capital and now in his home county – and all of our commissioners over the next two years.”